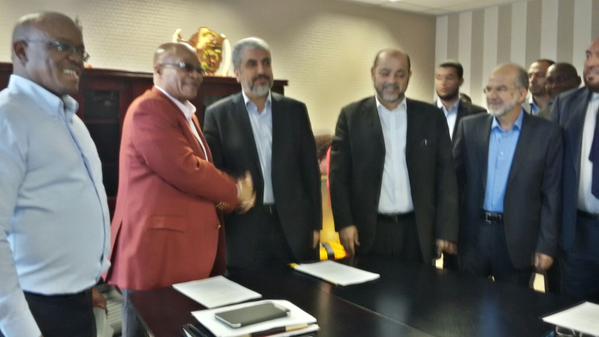 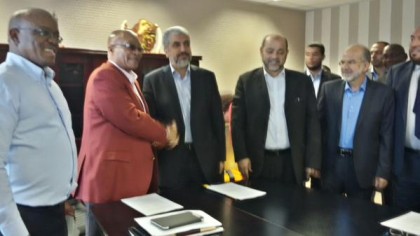 “We are insisting with our people to finish this apartheid regime. This racist occupation should be put to an end,” Meshaal said during a press conference in the country on Monday.

Meshaal is scheduled to address a rally on Wednesday in Cape Town.

Israel reacted angrily at the welcome ceremony reserved to the Hamas leader. Israel says it is chocked that South Africa and the ANC received Meshaal, “a leader of a terrorist group.”

Israel also indicated on Monday it summoned the South African Ambassador to Israel to discuss the visit which “provides support for terrorism”.

Israel has blacklisted Hamas as a terrorist organization and has waged wars with the Islamist movement several times, the last being the 50-day war in 2014 which resulted in the death of more than 2,000 Palestinians mostly civilians and dozens of Israeli victims largely soldiers.

South Africa, the ANC and the late Nelson Mandela have been strong advocates of the Palestinian cause and have always supported Palestinian diplomacy aiming at ending Israel’s occupation and liberating the Palestinian territories.