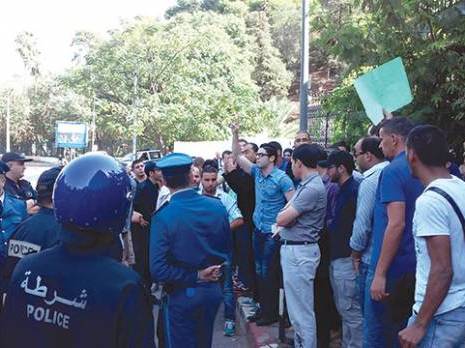 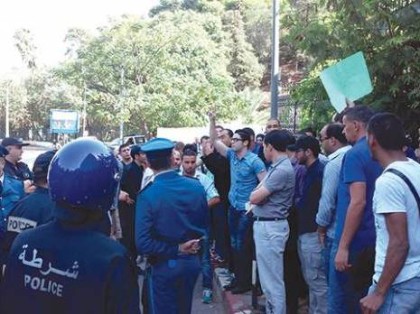 A total of 18 participants in the sit-in have been arrested while they were protesting the closure of El Watan El Djazairia TV, one of Algiers’ private TV stations.

“Police forces raided us. They beat us up with punches and kicks. 10 protestors have been arrested,” said one journalist from the banned TV.

The Ministry of Communication decreed Tuesday the closure of the TV that it said was operating “illegally.” The ban was actually decided after the TV broadcast an interview with former Jihadist Madani Mezrag.

In the interview, the former Jihadist who fought the Algerian government in the 90s criticized and threatened the Algerian President after the latter refused to authorize him to set up a political party.

Other journalists, members of Barakat movement, and activists also took part in the demonstration in solidarity with their colleagues.

The former fighter has not been arrested nor threatened prompting journalists to wonder why authorities are retaliating against the TV station, which is not responsible for the comments made the interviewee.