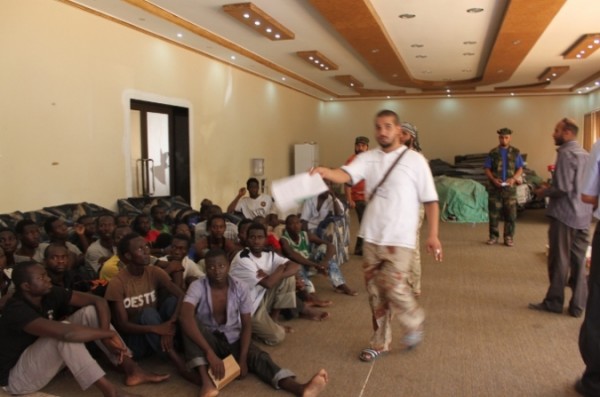 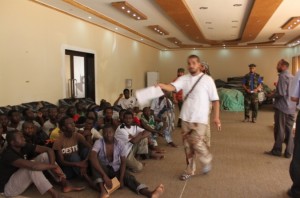 Human Rights Watch has claimed that dozens of detainees have been executed by militias after the Libyan former dictator, Moammar Khaddafi, was captured and killed on October 20, 2011, and that Libyan authorities did not honor their pledge to investigate these deaths.
The New York-based human rights watchdog said in a 50-page report that it collected new evidence involving Misrata-based militias in “the apparent execution of dozens of detainees following the capture and death of Muammar Gaddafi one year ago.”
The report, titled “Death of a Dictator: Bloody Vengeance in Sirte,” details the final hours of Muammar Gaddafi’s life and the circumstances under which he was killed. It presents evidence that Misrata-based militias captured and disarmed members of the Gaddafi convoy and, after bringing them under their total control, subjected them to brutal beatings.
According to the report, the opposition militias then executed at least 66 captured members of the convoy and took Gaddafi’s wounded son Mutassim from Sirte to Misrata and killed him there.
A review of the available evidence regarding the deaths of Muammar and Mutassim Khaddafi calls into question Libyan authorities’ official account claiming that the two, as well as all others who perished at the scene, died during fierce crossfire, states the report.
“Under the laws of war, the killing of captured combatants is a war crime, and Libyan civil and military authorities have an obligation to investigate war crimes and other violations of international humanitarian law,” says the document.
Human Rights Watch said it has repeatedly met and written to Libyan officials to urge a full investigation and accountability for these crimes. Despite initial pledges by top Libyan officials that the events would be investigated, Human Rights Watch has not seen any evidence that any actual inquiry is under way or has been carried out.
The International Criminal Court was given jurisdiction by the United Nations Security Council to investigate and prosecute war crimes committed by all sides in Libya after February 15, 2011, if the Libyan authorities are not able or willing to investigate or prosecute, the report says.