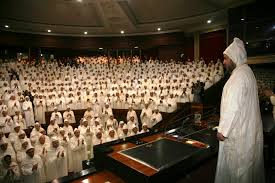 The King of Morocco has urged the members of Parliament and political parties to shoulder their responsibility and to honor the commitments they made to their voters, to heed their claims and respond to their pressing concerns and to avoid trivial disputes.

“Representing the citizens is a great responsibility. It must be shouldered by elected officials and political parties alike – by honoring the commitments they made to the citizens and by seeking to respond to their pressing concerns,” King Mohammed VI said on Friday.

The king who was chairing the opening of the fall parliamentary session described this responsibility as “a national responsibility, requiring from all “to rise to this historic moment in the life of the nation.”

Stressing the need for Morocco to set up efficient regional institutions, the King pointed out that it is institutions, not individuals, which “actually guarantee that citizens’ rights will be respected and that the services they need will be provided to them.”

“It is important to remember that political life is not meant to be centered on individuals but rather on institutions… As such, institutions cannot be held hostage to individuals or to their whims,” he said.

The King also warned MPs that conflicts and outbidding tactics between the government and the opposition, in Parliament, in party meetings, and even in the media tarnish their image and weaken citizens’ interest in politics.

“The political discourse does not always live up to the citizen’s expectations,” King Mohammed VI said, pointing out that “arguing over trivial matters will always be at the expense of addressing pressing issues and the real concerns of the citizens.”

This, he said, “leads to people’s dissatisfaction with politics in general, and to the citizen’s lack of interest in Parliament’s real mission.”

“Parliament should reflect the citizens’ concerns and be a platform for serious, responsible dialogue on major national issues,” he insisted.

“…There is no time to waste on marginal disputes,” the King said underlining that there are several major national issues requiring from ruling parties as well as the opposition, the Government as well as Parliament “to make the spirit of constructive consensus prevail and to avoid political bickering.”

The sovereign also warned those who failed in the past local and regional elections or who could not access the House of Counselors against holding authorities responsible of their failure. If someone considers having been victim of injustice – because of some isolated infringements that sometimes happen in the democratic process – he can refer the matter to the courts, he said.

“Throwing false accusations at the authorities in charge of elections are not acceptable,” the King said, pointing out that “the guarantees given in connection with the electoral process are not any different from those in the most democratic systems in the world.”