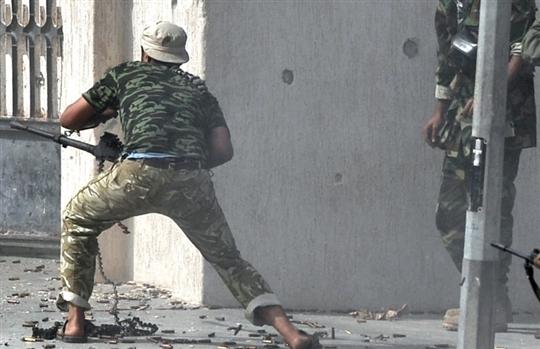 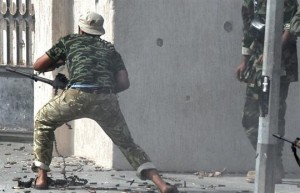 With the country’s political atmosphere still tense, gun battles is least the General National Congress of Libya could ask for. The recent developments concerning the south eastern town of Bani Walid being surrounded by militias mostly from Misrata and shelling it from three different positions has forced the congress to ask the ministers of interior and defense to intervene and take control of the situation before it degenerates further.
The attack on the town, popularly known for its open support to the former regime, has been prompted by the kidnapping and torturing of a rebel from Misrata who has been credited with capturing Gaddafi. The rebel will later die in a Paris hospital soon after his release.
The militia then took the town hostage and is asking for those responsible to be handed over but tribal chiefs refuted their demands saying they won’t allow “lawless militias” in nor do they recognize a military authority in Libya. The standoff has gone on for weeks before escalating to cross-fire exchanges after the expiration of a given deadline by the General National Congress. Both towns have existing rivalries between them which many believe is more of a settlement of scores.
An agreement has been between the tribal chiefs and the state to send in the military. They are already on their way and have been authorized to use force if necessary by the congress in a bid to impose order. The army chief of staff said they are “to enter Bani Walid and we expect this force will enter peacefully,” before given assurances that the army will “take control of the security situation.”
Residents of Bani Walid have complained that they have been “unfairly treated” just because of their link to Gaddafi.

North Africa Post's news desk is composed of journalists and editors, who are constantly working to provide new and accurate stories to NAP readers.
NEWER POSTTunisia: Managing the Next Phase
OLDER POSTWays Ahead for the Maghreb Regional Integration: Lessons Learned from ASEAN