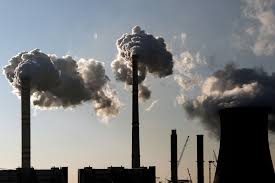 UN Climate Change Convention Framework indicated last week that Mauritanian submitted a plan worth $17 billion for the fight against climate change and reduction of CO2 pollution.

The submitted plan focuses on the reduction of GES production by 22.3% by 2030 and it also lays focus on the CO2, le CH4 and N2O. The government’s plan targets pollution reduction by 22.3 % and the Mauritanian authorities hope to achieve 80% contribution instead of 12% previously cited.

Mauritania’s contribution to global pollution is estimated at 0.00015%. The government is keen to render its economic development environmental-friendly and protect its population against climate change and global warming.

Achievement of objectives set by the Plan will require $17.6 billion. A chunk of the money estimated at $9.4 billion will be used for adaption to the global warming and remaining $8.2 billion used for reduction.

Critics of the Plan say that plan is unrealistic and the $17.6 billion budget required to achieve the objective is overblown given the tiny contribution of Mauritania to the global warming.

Other critics added that while the government is proposing its INDC Plan, vast green lands are being wiped out for social housing projects. Government continues granting operation permits to companies which have no respect for the environment; green belts are also being destroyed for irrigated agriculture projects.

The UN environment international Conference on climate change will take in Paris from November 30 to December 11. 15 African countries have already submitted their Plans for the protection of the environment and commitments to reduce air pollution.