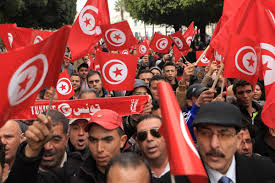 Tunisia: Tunis pledges role in the international coordination against terrorism

“Presently Tunisia examines the fields of contribution to the international coalition. We will see to it to participate actively, wherever resources were available, in some fields,” writes the President of the Republic in his remarks.

Tunisian President who enjoyed sympathy from world leaders after the two terrorist attacks re-iterated his country’s presence among other nations to combat the threat to global security.

President Essebsi also indicated in his remarks that the success of a global coordination against terrorism will require a real international political will and rapid action as part of an inclusive and participatory approach. He then called on the international community to support security and military services of the countries in war against terrorism and to intensify co-ordination and exchange of intelligence expertise and experiences between all the countries.

For the Essebsi achievement of the global goal against terrorism will also necessitate increase in co-operation in the field of border security, justice and fight against money laundering and different other fields related to the activities of searching terrorists.

The President added that the international bounce against terrorism is in line with Tunisia’s efforts to eradicate the extremism and militancy in heart of the two deadly attacks that stoke Tunisia this year. To overcome and prevent future attacks, Tunisian authorities have adopted a number of measures and have taken drastic actions including establishment of a committee for the fight against terrorism, finalisation of f a comprehensive national strategy against terrorism.

Essebsi also indicated that Tunisia is also closely looking at movement of foreign fighters and curbing the travel of some doubtful categories of people towards conflict zones. Tunisia has been classified by the UN as the largest foreign fighters provider with more thousands young Tunisians joining ISIL’s ranks in Libya, Syria and Iraq.