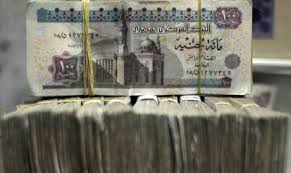 “Is it better to deplete the reserves or is it better to depreciate the pound?” The question was raised by Egyptian Investment Minister Ashraf Salman during a conference on Sunday, after the Central Bank announced earlier in the day that the net international reserves have fallen to $18.1billion.

According to the Investment Minister, “at this time of the crisis and from an economic standpoint, we must maintain reserves.” But, he said, the decision to depreciate the Egyptian Pound or not is part of the Central Bank’s prerogatives.

The Central Bank announced a second monthly drop in net international reserves to $18.1billion, the lowest level since March. Reserves have been constantly dropping because of the post-Mubarak protests and political crisis. The situation could have been worse if Gulf States had not come to the rescue injecting billions of dollars in Egypt’s coffers, the latest being a $6 billion donation in April.

On the sidelines of the conference held in Cairo over the weekend, Samy Khallaf, the head of the Finance Ministry’s debt management unit, said the country is hoping to raise funds through bonds.

Egypt has approved a bond-issuance program of up to $10 billion at various stages and had raised $1,5billion in June. Finance Minister Hany Kadry Dimian told the conference that the government is eyeing international capital markets to fund the budget deficit.

Minister Salman said Egypt could be forced to depreciate its currency in order to preserve foreign reserves amid a slowing global economy while Mohamed Abu Basha, a Cairo-based economist with the country’s biggest investment bank, warned that “reserves will probably come under pressure” because exceptional inflows are not expected for the next 6months. He opined that the government could opt for other options such as Eurobonds, IMF loan or attracting foreign funds to the local debt market.

An IMF delegation will be arriving in Cairo before the end of the month to evaluate the country’s economy and the government reform efforts.