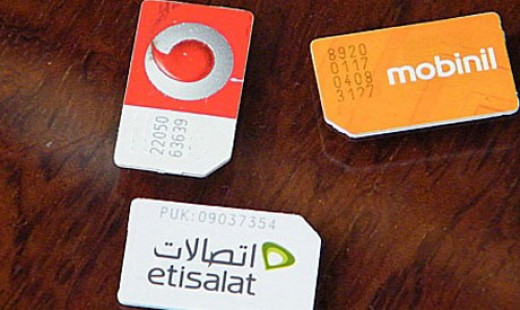 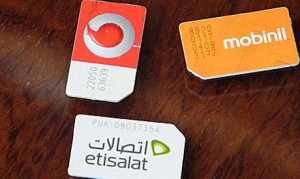 The Egyptian telecom authorities mull launching international tenders for a 4th mobile licence by 2013 despite opposition from existing operators Mobinil, Vodafone and Etisalat Misr.
The Egyptian government says the move is part of its efforts to develop the telecom sector which has made outstanding growth in the past two years, especially after the 2011 uprising that ousted former President Hosni Mubarak. The Internet and social media played a key-role in the uprising and telecom operators have since reported astonishing growth rates with soaring revenues and subscribers.
The market earned revenues of $6.35bn in 2011 and is expected to reach $11.22bn by 2018.
Despite the economic downturn, the mobile telecom market in Egypt witnessed high growth, with an average growth rate of about 23.1 pc since 2008, mainly due to aggressive pricing competition among the three operators: Mobinil, Vodafone and Etisalat Misr.
The telecommunication industry is one of the fastest growing sectors in Egypt, with over 80 million subscribers in 2011. This number is expected to double by 2018, while the fixed-line voice services are set to decline due to the shift from fixed to mobile lines. High hopes are pinned on the broadband to be the key driver of fixed-line services in the country.
Egypt, which has adopted new liberalized telecom policies and regulatory laws, has seen lately a significant growth in low-income customer segment thanks to tough competition between various mobile operators, which has led to tariff reductions.
The mobile penetration in Egypt is improving rapidly due mainly to the widespread use and popularity of mobile internet, increasing online business activities and the entry of 3G services. Mobile penetration is expected to reach 93 pc in 2015.
According to some analysts, one of the main challenges for mobile telephony operators will be churn reduction. The current aggressive pricing competition is untenable and allows multi-SIM usage by subscribers. This is an important issue for operators as the next stage of growth is expected to emerge from low-income subscribers.
Though competitive pricing is apparently the key driver for the growth of mobile services, the quality of service remains undoubtedly a key consideration for subscribers. It seems that the quality of service stands out as the major competitive differentiator amongst Egyptian operators.

North Africa Post's news desk is composed of journalists and editors, who are constantly working to provide new and accurate stories to NAP readers.
NEWER POSTMauritania Civil Society Gets Over $ 9 Mln EU Backing
OLDER POSTTunis to Open Its Sky for European Airlines