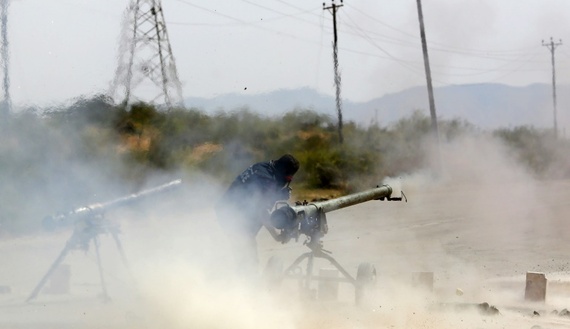 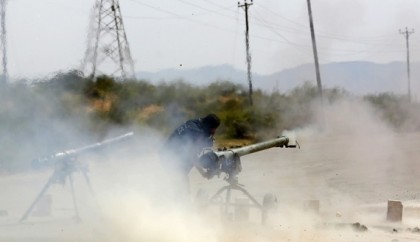 Libya peace talks to lead to a unified government are drawing towards the end-of-August deadline suggested by UNMIL Chief Bernardino Leon while deep divisions among the rival factions still persist.

With the United Nations-supported political dialogue process in Libya nearing its last stages, “time is running out” for leaders on all sides and at all levels to make the “final push,” the head of the UN Mission in the country (UNSMIL) told the Security Council on Wednesday.

“Overcoming the political polarization and divisiveness in Libya will be no easy task…the onus is on Libya’s leaders on all sides, and at all levels, to make that final push towards peace,” said Bernardino León, who is also the Special Representative of the Secretary-General for the war-torn oil-rich Libya now run by two different governments.

Leon who was briefing the 15-member Council body via videoconference from Paris underlined the magnitude of the challenges, including at the level of the resources required “to pull the country back from the brink of economic meltdown and total collapse of State institutions.”

Leon urged the rival factions to double efforts in order to meet the deadline he suggested to the different delegates at the previous round of talks in Geneva two weeks ago.

In Geneva, Leon had told Libyan political stake-holders that any agreement after end August will be dangerous for Libya as the mandate of the House of Representative (HoR) from the Tobruk government is coming to an end on October 21, rendering de facto all agreements illegal.

“It will be the determination and commitment of Libyans themselves, more specifically their political leaders, which will safeguard the country. The international community must move quickly to present a clearly articulated strategy in support of the Libyan State,” León said in his briefing to the Security Council.

In a glimpse of hope, he said the talks have come a long way in narrowing the trust deficit that existed among Libyan political stakeholders and in forging an agreement on a roadmap to end the country’s political crisis and military conflict.

Libyan political rivals are due to meet in the Moroccan resort city of Skhirat this Thursday to decide on the composition of the future unity government. They will also appoint the Prime Minister and his two deputies. The Prime Minister and one of the deputies are to come from the HoR whereas the Tripoli-based General National Congress (GNC) has mandate to appoint the second deputy.

While Leon is painting a mixed picture of the evolving dialog in Libya, divisions and uncertainty still prevail.

The House of Representatives of the internationally recognized government is unable to come up with names or candidacies for the post of Prime Minister.

The House lawmakers who held a session on Wednesday failed to reach consensus on candidates for the position.

“Without names from the HoR, it is very difficult to move forward”, one official said.

“They will not send any names before next week,” a leading government official predicted.

Uncertainty also persists on the GNC side. Though the powerful Islamic militia-backed House sent delegates to the Geneva round, reports say the GNC is still opposed to any agreement that will not integrate their demand for amendments to the draft initialed in July by many Libyan factions and rejected by the GNC.

According to press reports President of the GNC Nuri Abu Sahmain wrote a letter to Leon stating the GNC team will not return to talks until the draft is amended.

In an indirect response to the letter, Leon said that although the GNC did not initial the main text of the Libyan Political Agreement along with other dialogue participants on 11 July, he is confident that their concerns could be addressed in the ongoing discussions on the annexes.

Also on Wednesday, the Chief of the GNC team at the UN Dialog Saleh Makhzoum threw in the towel as a result of disagreement with the Council’s President over the continued GNC’s participation in the UN-brokered Dialogue. A new turn of events that highlights the uncertainty still looming on the outcome of the dialog