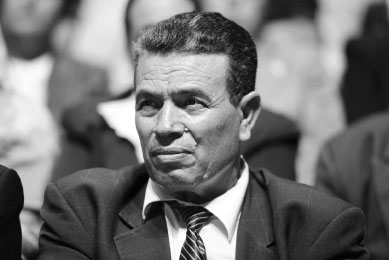 The letter of the oil minister Salah Khebri was revealed by the US newspaper The Wall Street Journalist.

According to the paper, Khebri deplored the continuing collapse of oil prices and called on the oil market governing body to plan an emergency meeting to address the crisis.

The oil price collapsed from $62 in June to $47 this month and the price is expected to collapse further.

The oil price drop has gravely crippled the Algerian economy which largely depends on oil revenues. Algeria needs $110 per barrel to balance its finance budget.

This week, the Ministry of Finance indicated that it was shelving all equipment plans for 2015 and 2016 and Algerian President Abdelaziz Bouteflika said in a message to Algerians that Algeria should “move forward… from the oil era to the era of advanced technology” by investing “in knowledge, intelligence, renewable energy and alternative resources that the country has in abundance.”

Analysts say Algeria’s request will not be approved by all OPEP members as some of them such as Saudi Arabia, Iraq are surpassing the production quota imposed by the organisation, upping the production to 32 million barrels per day and bringing the global market further down.