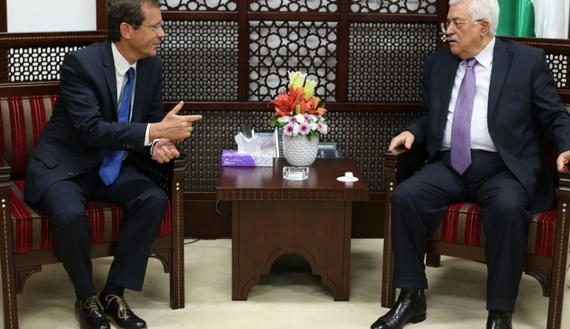 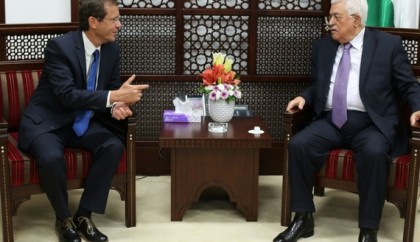 Israeli opposition leader Isaac Herzog on Tuesday urged Palestinians and Israelis to resume peace talks in order to avoid a third intifada because of what he called growing escalation of violence on both sides.

Isaac Herzog made the call after meeting with President Abbas in Ramallah in the West Bank. Both leaders discussed growing violence between Palestinians and Israelis and reached a common view to appease tensions and work towards peace.

“We agreed on the fact that on the ground in recent weeks and days there is a deterioration, there is an escalation in terror activities,” he told reporters at the Ramallah headquarters of Abbas’s Palestinian Authority.

“I told the president that fighting terror and preventing terror activities is of utmost priority to us,” said Herzog.

Tension between Ramallah and Tel Aviv also escalated after a group of near two dozen settlers stormed the Al Aqsa mosque under the protection of Israeli soldiers and after radical Jews killed an 18-month old Palestinian toddler when they set ablaze his parent’s house.

Palestinian Authority President Mahmoud Abbas called a meeting of the Arab League to condemn the Israeli attack and provocation.

Peace talks between Palestinians and Israelis initiated by the US failed to yield any result in 2014 and completely died following the 50-day war between Hamas and Israel in 2014.

A first intifada set off in the occupied Palestinian territories from 1987 until the 1991 Madrid peace conference, while a second intifada took place in 2000 and lasted five years under the late Israeli Prime Minister Sharon.