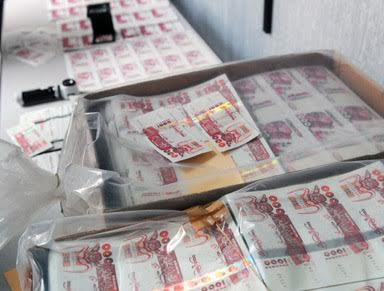 Algeria is trying to balance its finances as its economy continues to struggle due to the low global oil and gas prices that are affecting countries heavily dependent on such revenues.

A source close to the North African country’s Central Bank hinted that the authorities at the bank let the Algerian dinar to depreciate against the U.S dollar with the hope that it will help to lower the staggering increasing importation bill expected to reach $57.3 billion in 2015, thereby surpassing exports by their widest margin ever.

The weakening of the dinar which has slipped to 105.84 and 117.48 against the dollar and euro respectively could lead to inflation in the country.

The government has often subsidized basic commodities but it is doubtful that it would intervene if prices increase because the hydrocarbons low global prices had forced it to suspend or freeze some of its development projects. Last year, the dinar was estimated at 79.6 to the dollar.

The Central Bank keeps the dinar in a managed float against major currencies. A consultant working for the government told Reuters under the condition of anonymity that “a poor dinar reflects Algeria’s economic and financial weakness and extreme fragility to external shocks such as falling oil prices.”

Abdelkader Gasmi, head of a local consulting firm, also warned that “when the dinar falls, the prices of imported products go up and these products are not affordable to everyone.”

The effects of the currency’s depreciation have been felt in some areas since the beginning of the month. The International Monetary Fund wants the government to reduce spending. Algiers has around $180 billion in reserves but the persistence of hydrocarbons low prices could heavily reduce the reserves.