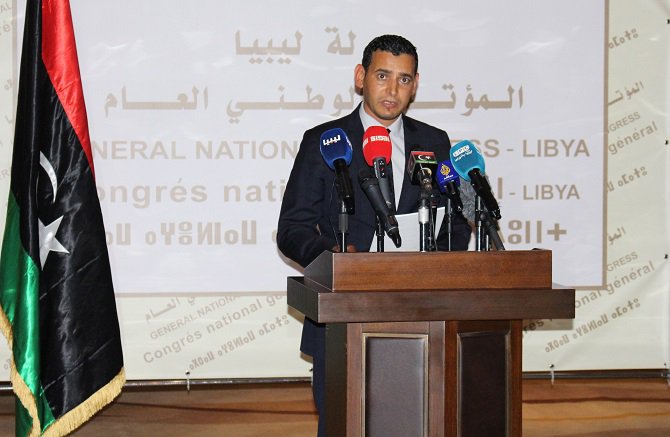 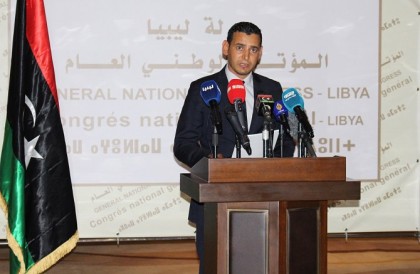 The Tripoli-based General National Congress announced Monday it may make a U-turn in order to participate in the Geneva round if UNMIL chief Bernardino Leon agrees to amend the draft initialed by the House of Representatives, the internationally-recognized parliament sitting in Tobruk and elected on 25 June 2014, and other Libyan political forces.

The announcement came after a heated debate at the GNC marked by hand-bag issues between lawmakers opposed to the draft and lawmakers ready to join the UN-brokered talks destined to end years of total chaos in the North African country.

Sources including one from the Justice and Construction Party (J&C) present at the session on Sunday indicated that GNC president Nuri Abu Sahmain almost came to blows with Nizar Kawan, the nominally independent representative from Hay Al-Andalus but also regarded as one of the leaders of the J&C in Congress.

Sources indicated that Kawan had been calling for Congress to return to the Dialogue and accept the Draft, already approved in principle by the J&C leader Mohamed Sawan.

Abu Sahmain who had expressed firm opposition to the initialed draft indicated in a correspondence addressed to Leon after the session that GNC will participate in the Geneva talks only if its proposed amendments are accepted.

There is no indication whether Leon will nod at their request but other parties, particularly the House of Representatives are vehemently opposed to any change to the draft that may give heavy powers to the GNC.

GNC boycotted the draft initialed in Morocco in July. Under the draft, the GNC would be partially absorbed into the State Council, a mostly consultative body.

Meanwhile, the minister of Justice of the Tripoli-based government Mustafa al-Kulaib pledged to investigate allegations of torture claimed by Human Rights Watch which accused Tripoli strongmen of inflicting torturous treatment to prisoners including Kaddafi’ son Saadi.

A video which went viral early this month on social media showed guards at Al-Hadba prison beating prisoners including saadi and other prominent figures of his late father’s regime.

al-Kulaib condemned ill-treatment of detainees and said such cases are only “isolated incidents.” He however promised to investigate any abuse.

“We’re not saying conditions in this institution or other are perfect, but what we want to say to the world is that we cannot do better at the moment, and we cannot fix the situation in the prisons overnight,” he said.

“We will work firmly against those who commit such acts in the future and will investigate all these isolated incidents.”

Reports say he met with saadi and Kaddafi’s last Prime Minister Al-Baghdadi al-Mahmudi during his visit to the prison held by the Fajr Libya militia coalition which seized Tripoli last year.