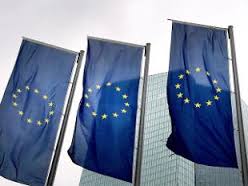 The European Union (EU) is planning to impose sanctions on any of the warring parties in Libya that refuses to agree to the U.N-brokered peace deal propelled by Special Envoy Bernardino Leon.

Details of the possible sanctions have not been revealed but, according to Reuters, a confidential discussion paper drawn up by the EU’s diplomatic service sets out a variety of sanctions, including imposing a full oil embargo. Diplomats say however that the most likely option is a blacklist of individuals.

The war in Libyan has led to a humanitarian crisis in Europe as tens of thousands of illegal immigrants attempted to reach the European shores from Libya. A unity government in Libya would help to overcome the situation.

The EU discussed a number of measures to fight human smugglers, including the destruction of their boats, but the Tobruk-based government warned that it will order airstrikes on any vessel that trespasses into Libya’s territorial waters.

A unity government will enable the EU to seek a formal approval for a naval mission to combat people-smugglers operating off the Libyan coast.

Belgian Foreign Minister Didier Reynders said sanctions needed to be implemented in order“to put pressure on those who will not come to the table” while his Spanish counterpart Jose Manuel Garcia-Margallo pointed out that the EU “can’t just sit here while tragedies are happening. If dialogue is not bringing progress, it seems to me to be logical to impose sanctions.”

The EU has admitted that a U.N backed agreement is the only way to end the Libyan war. Steps towards reaching an agreement have been made at the ongoing talks in Morocco. An initial power sharing agreement was reached this month but delegates from Tripoli did not attend the session.