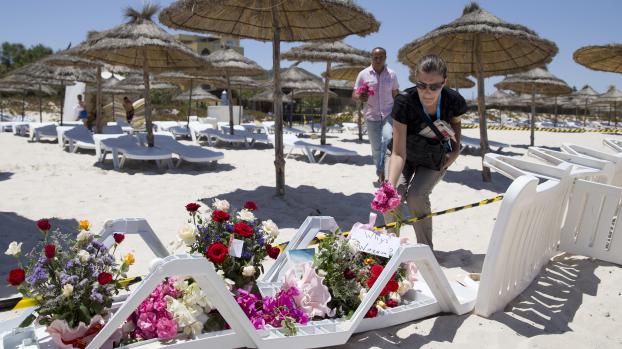 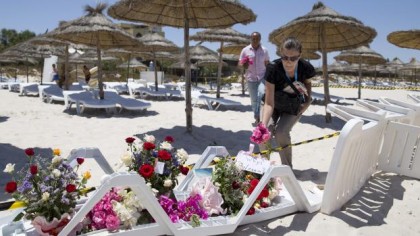 Tunisia has been hit this Friday by another bloody terror attack that targeted once again the North African tourism sector, one of the pillars of the country’s economy.

At least 39 people, mostly foreigners, were killed in an attack on a beach near two tourist hotels in the Tunisian resort town of Sousse and 36 have been injured.

It took some time to identify the victims and their nationality but authorities finally disclosed that besides Tunisian nationals, Belgian, British, French, German tourists and at least an Irish citizen are among those killed.

The attack was claimed by the Islamic State group, which described the terrorist as the“soldier of the caliphate” who killed crusaders. IS said he was named Abu Yahya al-Qayrawani.

This new shooting brings back memories of the Bardo National Museum attack during which jihadist gunmen killed 21 foreign tourists and a policeman last March. The Tunisian security forces have been placed on high alert since that time, but it seems that such a mobilization has not discouraged or stopped Islamist militants from waging their war. IS has called its followers to step up attacks during the Holy Month of Ramadan against Christians, Shias and Sunni Muslim countries participating in the U.S.-led coalition trying to strike IS positions.

Following the Bardo Museum attack, thousands of demonstrators had taken to the streets of Tunis for an anti-terrorism march. The event was attended by French President Francois Hollande and many world leaders, in an unmatched solidarity show with the Tunisians.

Tourists started leaving the country after the Friday terror attack of Sousse which will certainly deal another hard blow to Tunisian tourism, a so important sector for the country’s economy and jobs creation.

Each year, roughly 6 million, mostly European tourists flock to the country’s beaches and historical sites. The sector contributes 7 percent of Tunisia’s GDP and employs over 400,000 Tunisians.

Since the Arab Spring uprising which led to the fall of Zine El Abidine Ben Ali regime in 2011, the North African nation has seen an upsurge of Islamists who tried to grab power in a polarized country.

Just hours before the attack in Sousse, France was also hit by a terrorist act.

A car entered an industrial gases production plant in Saint-Quentin-Fallavier, near Lyon, in the Isère department. A man, waving Islamist flags, got out of the car and blew up several gas cylinders.

The man suspected of the attack, Yassin Salhi, 35, had earlier beheaded the boss of the transport company where he was working and hanged the head on the plant railings. It was not clear when nor where the beheading took place.

Salhi was arrested in the factory premises on Friday and is under investigation.

The suspect had been interrogated in the past about his alleged links with Islamist militants but prosecutors said the Police investigating the case have not so far found any motive or possible foreign connection.

President Francois Hollande, who held a security meeting with ministers on Saturday, said “We have no doubt that the attack was to blow up the building. It bears the hallmarks of a terrorist attack.”

The same day, in Kuwait, a bomb attack targeted the Shiite mosque Al-Imam Sadeq in Kuwait City during the Friday noon prayer.

The attack, claimed by the Islamic State group and perpetrated by a suicide bomber, left at least 27 people dead and more than 200 injured.

Interior Minister Sheikh Mohammed al Khaled al Sabah has vowed to clamp down on anyone interfering with the country’s security. Several persons have already been arrested.

All these attacks were strongly denounced worldwide.