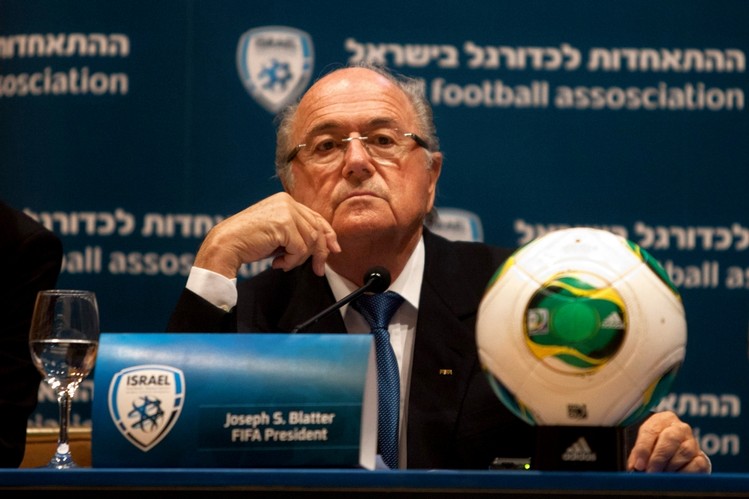 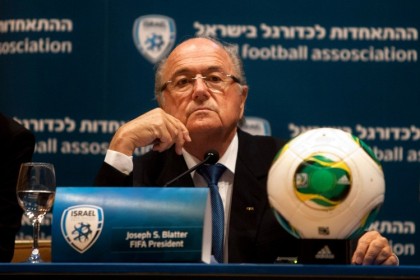 FIFA chief Sepp Blatter was in Jerusalem on Tuesday to meet Netanyahu before meeting Palestinian President Mahmoud Abbas and Palestinian Football Association (PFA) chief Jibril Rajoub on Wednesday. PFA wants its Israeli homologue to be kicked out of FIFA under allegations of racism and restrictions imposed on Palestinian football. Blatter is trying to persuade Palestine to forgo its protest ahead of the May 29 FIFA Congress when the issue will need a two-third majority support from the 209 members.

Blatter said he is “on a mission of peace” to the two states adding that FIFA would be happy to organize “a match for peace” between Israel and Palestine. Netanyahu promised to attend such a gathering but Blatter will need to win the May 29 elections to organize it and one of his opponents is Jordan’s Prince Ali Bin Al Hussein.

The PFA accuses Israel of racism and hampering its activities and restricting the movement of players between the Gaza Strip and the Israeli-occupied West Bank. It adds that Israel sabotages the development of football in Palestinian territories through import blockades, limitation of visits by foreign teams and individuals. It also laments the inclusion of teams from settlements in the occupied West Bank into Israeli leagues.

The Israeli FA claims there is little it can do because such questions are related to security issues and argues that racism is not only affecting the Israeli league. It accuses the PFA of politicizing football.

Blatter said the issue is his “challenge number one” and would prefer to solve it outside of the Congress because it is “a very unusual and very serious matter” that would set a “dangerous” precedent which could get FIFA involved in other political and diplomatic battles if Palestine gets the needed vote.