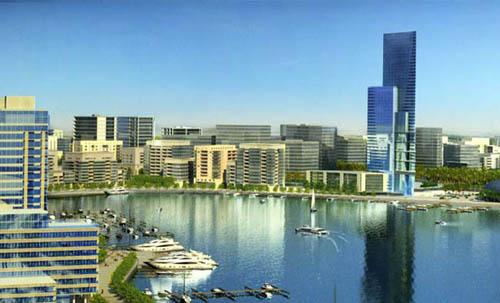 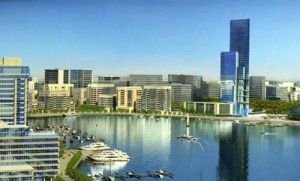 Tunis Financial harbor was the topic of discussion between the Tunisian government and Bahrain’s investment bank Gulf Finance House. The latter wants to develop the harbors aiming to be North Africa’s first offshore financial centre.
A high profile delegation from GFH led by acting CEO, Hisham Alrayes, and Lutfi Alzaar, the CEO of Tunis Financial Harbor (TFH) met the Tunisian Minister of Investment and International Co-operation, Riadh Bettaieb, had met recently to review progress and discuss plans forward for TFH. Negotiations are at an advanced stage and the minister is also in favor of the Bahraini bank before adding that the government is also looking forward to working with them.
GFH acting CEO said “the expected benefits of TFH are extraordinary for Tunisia, GFH and our investors” before emphasizing that they are willing to make the project satisfy its objectives.  Alyares went on to say that TFH’s strategic Mediterranean location will make it “an unparalleled destination for both business and leisure travelers.” He predicted that Tunisia will become the leading financial and business centre in North Africa after the accomplishment of the TFH project and singled out its high potential for growth, government support, attractive investment terms, security, proximity to Europe, an educated population, a beautiful climate and well maintained public infrastructure are favorable to investors.
The project is hoping to attract local, regional and international banks and financial institutions, as well as leading regional Islamic banks and Islamic Investment Funds to the region. It will be having a world class commercial infrastructure, an array of modern waterfront living and hi-tech office space for financial institutions seeking access to the opportunities Tunisia offers, as a strategic gateway between Europe and Africa.