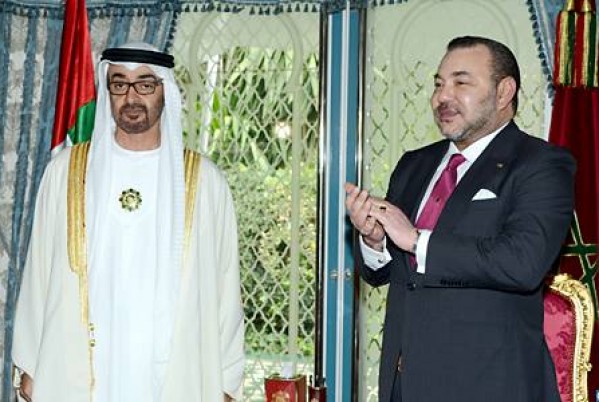 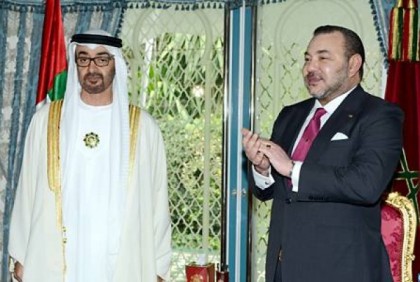 The first of these agreements, initialed in Casablanca in the presence of Morocco’s King Mohammed VI and the Crown Prince of Abu Dhabi and Deputy Supreme Commander of the Armed Forces, Sheikh Mohammed bin Zayed, deals with security and struggle against terrorism.

With the rise of the terrorism threat that is endangering the entire region and the whole world, the two countries have expanded their cooperation to the field and decided to bolster their joint efforts to maintain regional and international peace and stability.

In October last year, Morocco had announced it would provide military and intelligence support to the United Arab Emirates, to actively assist the country in its anti-terrorism struggle.

Morocco and the UAE are both participating, at different levels, in the international coalition against the Islamic State group.

During the talks they held in Casablanca on Tuesday, King Mohammed VI and his host, who was paying a two-day official visit to the North African country, underscored that combating extremism required a clear and comprehensive strategy, as well as decisive action on economic, political, educational and ideological levels.

Morocco, which is frequently cited by terrorist groups as a potential target of jihadist operations, is constantly trying to upgrade its anti-terrorism vigilance and the way he has so far addressed the terrorism problem is deemed by many countries and pundits as proactive and constructive.

Morocco, with its recognized experience in anti-terrorism struggle and its skillful intelligence services, succeeded to dismantle a number of terrorist cells that were plotting attacks at home and also alerted several countries, mainly in Europe and Africa, about pending assaults.

In view of the new challenges, the longstanding partnership between Morocco and the Gulf Cooperation Council, wherein the UAE is member, which was till a recent date focused on economic cooperation, is now being enlarged to strategic and security cooperation.

King Mohammed VI has repeatedly warned against the growing terrorism threat as he did in the message he addressed last week to the Crans Montana Forum held in the Moroccan southern city of Dakhla.

He said in this respect that the alarming new transnational perils – including terrorism, organized crime, trafficking in drugs and human beings as well as religious extremism – which are on the rise in many parts of Africa and the world “call for transnational responses” and require “a collective and concerted reflection.”

The official visit of Sheikh Mohammed bin Zayed to Morocco was also marked by the dedication of Sheikh Khalifa bin Zayed Al Nahyan Hospital in Casablanca.

The care, training and research facility, built in the frame of the strategic partnership linking the two countries, will improve access to quality health services, and consequently contribute to achieving a comprehensive human development.

The hospital is intended to become a major player in medical research and initial and ongoing training of health personnel, through partnership with the nearby Mohammed VI University of Health Sciences.

North Africa Post's news desk is composed of journalists and editors, who are constantly working to provide new and accurate stories to NAP readers.
NEWER POSTTunisia: President calls for solidarity and vigilance after attack
OLDER POSTUS Drone Downed by Syria or Suffered Malfunction?