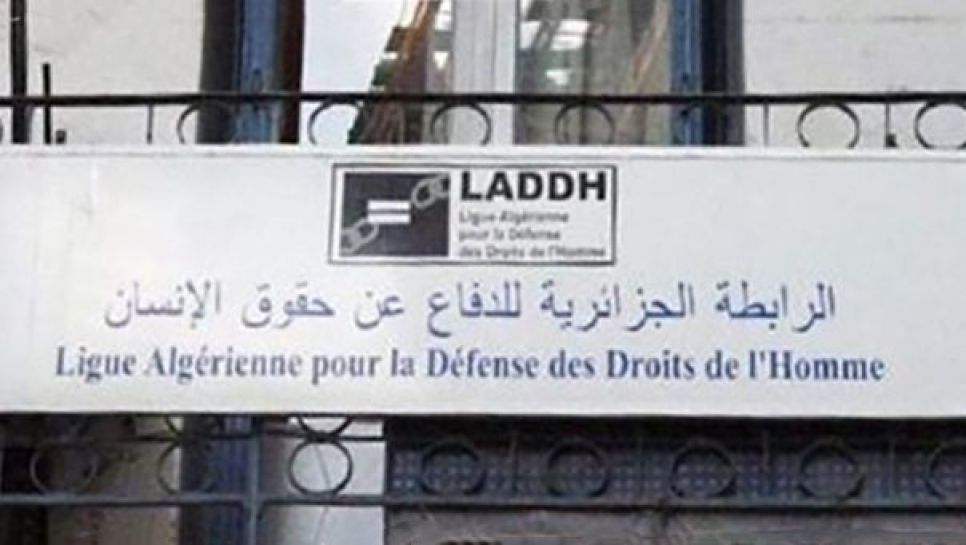 Algeria has dissolved human rights NGO LADDH whom it accused of cooperation with international rights groups at a context where the military regime intensifies its crackdown on dissident voices.

The NGO said its only crime was defending human rights in a country whose jails are full of civil society activists and journalists.

Following a suit filed by the interior ministry, the Algerian judiciary accused LADDH of “working on human rights issues together with internationally renowned organizations… and for defending migrants’ rights as well as workers’ rights,” LADDH said.

Algeria bans organizations such as Human Rights Watch and Amnesty and has in recent month arrested civil society leaders demanding social justice and respect for human rights as the regime prepares for a second mandate of puppet civilian president Tebboune.

The media have been domesticated after it have been muzzled with the closure of the latest free media Radio M and the arbitrary arrest of its editor in chief Ihssane El Kadi.

Despite the media blackout and the prevention of foreign journalists to report on the ground, several international outlets including Le Monde, the New York Times and the Economist wrote about Algeria’s grave human rights violations, drawing a portrait of a state ruled by a ruthless regime that has turned the country into a “giant prison”.