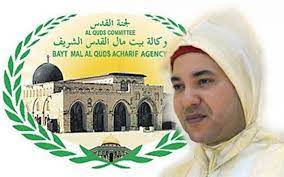 The monstrosity of Algeria and its ambassador to the UN, Ennadir Larbaoui, truly knows no bounds. Within a year of this ambassador’s arrival, Algeria has become the de facto executioner of the Palestinian cause at the UN.

Driven by its visceral and pathological hatred of Morocco, Algeria and its representative at the UN have once again deprived the Palestinian cause and people of much-needed support at the UN at a crucial moment in the history of the Palestinian issue.

Using false and shameless pretexts regarding the Al Quds Committee of the Organization of Islamic Cooperation (OIC) and its chairmanship, Algeria successively blocked the statements of the Arab Group, the OIC Group and the Non-Aligned Movement group during the Security Council’s quarterly debate on the Palestinian issue on Wednesday.

These groups, in the past and until the arrival of the new Algerian ambassador, have always supported the Palestinian cause and the inalienable rights of the Palestinian people unconditionally and unwaveringly.

Algeria’s repeated objection to international support for Palestine reveals the fact that its so-called support for the Palestinian cause is nothing but an empty slogan that it uses politically and sacrifices without any scruples when it comes to attacking Morocco.

According to senior diplomats at the UN, Algeria’s blocking of the statements of these three groups, which represent more than two-thirds of the UN membership, is a new Algerian stab in the back of the Palestinian people.

It is also the most despicable expression of Algeria’s hostility towards Morocco, which manifests itself in all fields, from politics to diplomacy, from history to geography, from sports to arts, and from the media to the religious sphere.

The diplomats accredited to the United Nations are unable to understand or accept how a country whose head of state is currently presiding over the Arab Summit under the chimerical slogan of Arab unity can undermine in a so vile way the primary Arab-Islamic cause, namely the Palestinian question.

They unanimously condemned the Algerian stance, which is detrimental not only to Palestine, but also to the solidarity and unity that has always prevailed within the Arab, the OIC and the NAM groups, especially when it comes to defending the Palestinian cause.