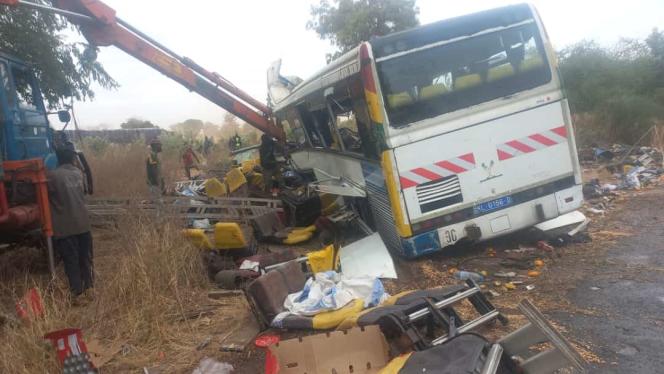 Senegal’s President Macky Sall has decreed a three-day- national morning starting this Monday Jan.9 following the death of 40 people in a road accident after two buses collided in the town of Kafferine, capital of the Kaffrine Region.

“As result today’s serious accident in Gniby, which caused 40 deaths, I have decided to decree a three-day national mourning period starting January 9,” the Senegal leader said on Twitter.

“An inter-ministerial cabinet meeting will be held on the same date to take firm measures on road safety and public passenger transport,” he added.

The tragedy according to Cheikh Dieng, the public prosecutor of the region took place after a public transport bus slammed into another bus coming in the opposite direction after one of its tires blasted.

At least 78 other people were injured in the accident.

This is one of the heaviest death tolls from a single incident in recent years in the country. In October 2020, at least 16 people were killed and 15 more injured when a bus collided with a refrigerated lorry in western Senegal.