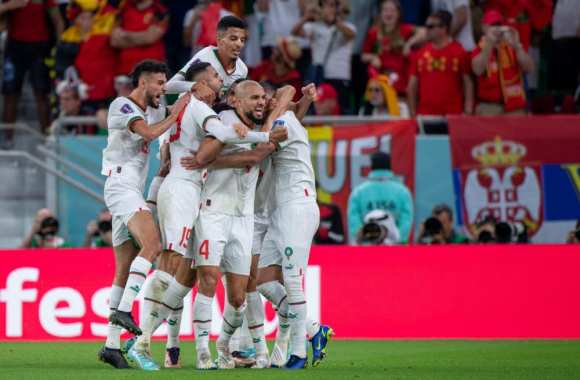 Official Algerian media have hit a new low by censuring Morocco’s win over Belgium with the main state-run channel omitting altogether to speak about that game while mentioning other matches in the same group.

The sequence was captured and shared largely on social media with users mocking the absurd move by an Algerian regime that is blinded by hostility to Morocco.

International media have also highlighted the endemic hostility of the Algerian regime to Morocco taking what the official news channel did as an example of enmeshing sports in Algeria’s one-sided obsession and jealousy with all things Moroccan.

Many pundits have also alerted that the regime has sent thousands of Algerian fans tasked with hoisting flags in Doha although their team was eliminated by Cameroun.

Now the question is what will the Algerian media do if Morocco makes it to the knock-out stages? Will it boycott reporting about the single most global event taking place right now?

Algeria has by the past used sports events it has hosted to flout neighbourliness and sportsmanship going as far as omitting the Moroccan national anthem and making hostile moves to visiting Moroccan sportsmen and sports journalists as was the case in the Mediterranean games in Oran recently.

Enmeshing sports in Algeria’s empty calculations against Morocco only shows the mindset of an ageing regime that is intent on depicting Morocco as an imagined enemy so that it can continue to maintain a power-grab of the army on the whole state apparatus.