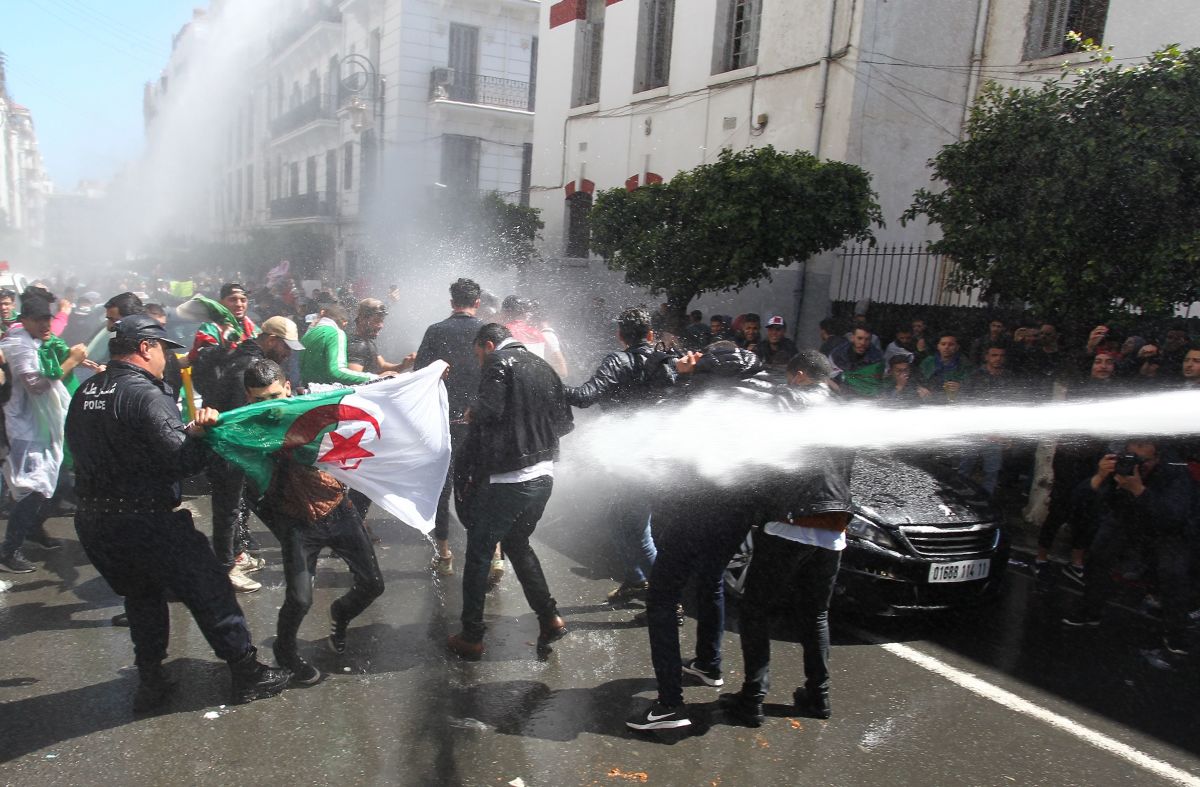 Few days after Le Monde, the New York Times and the Economist wrote about Algeria’s grave human rights violations, Newslook- a US based outlet- drew another portrait of a state ruled by a ruthless regime that has turned the country into a “giant prison”.

“Algeria is a police state, freedom of expression is under constant violation, and communication networks are under the supervision of specialized agencies. Not to forget the prosecutions, arrests, and extortion of girls and young men after hacking their pages and accounts,” Algerian opposition figure and writer Anwar Malik wrote on Newslook.

He said the Algerian regime’s tactics to silence peaceful dissent have moved from torture, rape and harassment to branding protesters and opposition activists as “terrorists”.

“Everyone who opposes the authority is accused of terrorism and is exploited in issuing harsh sentences on people who wrote leaflets calling for change or refused Military intervention in the political and media scene,” he said.

“Plans to assassinate and kidnap political activists and media professionals through cells affiliated with intelligence, even reached the limit of cooperation with mafia networks, including those affiliated with the Iranian Revolutionary Guard, to carry out killings or kidnappings of Algerians in Turkey and Europe,” he said.

The writer deplores the obsession of the Algerian regime with Morocco and denounces the connivance of Algerian generals with the Polisario separatist militias.

The Tindouf camps have “become a scene of human rights crimes, where there are significant violations by a parallel authority represented by the Polisario, which practices torture, tyranny, and corruption and has secret cells outside the authority of the Algerian state,” he said.

Malik’s article came in a spate of recent op-eds in prestigious international media known for their unbiased reporting at a time where the regime imposes a media-blackout. The Economist has pointed that AFP had to close its Algiers bureau, while no major French newspaper has a correspondent there.

Meanwhile, The Economist described the Algerian medias as “pathetically sycophant,” pointing to the full control imposed by the regime on editorial lines.

Few weeks ago, a journalist wanted to do his job by investigating the reasons why tons of Algerian dates have been returned by France. He ended up in prison like at least 300 other people jailed for expressing their opinions or hopes for political change.

During the UPR, the Algerian minister had faced human rights activists including representatives of the MAK demanding an end to Algeria’s violations of key rights.

The Algerian military regime can no longer cover the sun with a finger. The reputation of Algeria as a closed country turning its back to investors, tourists and journalists will only worsen the country’s perception.