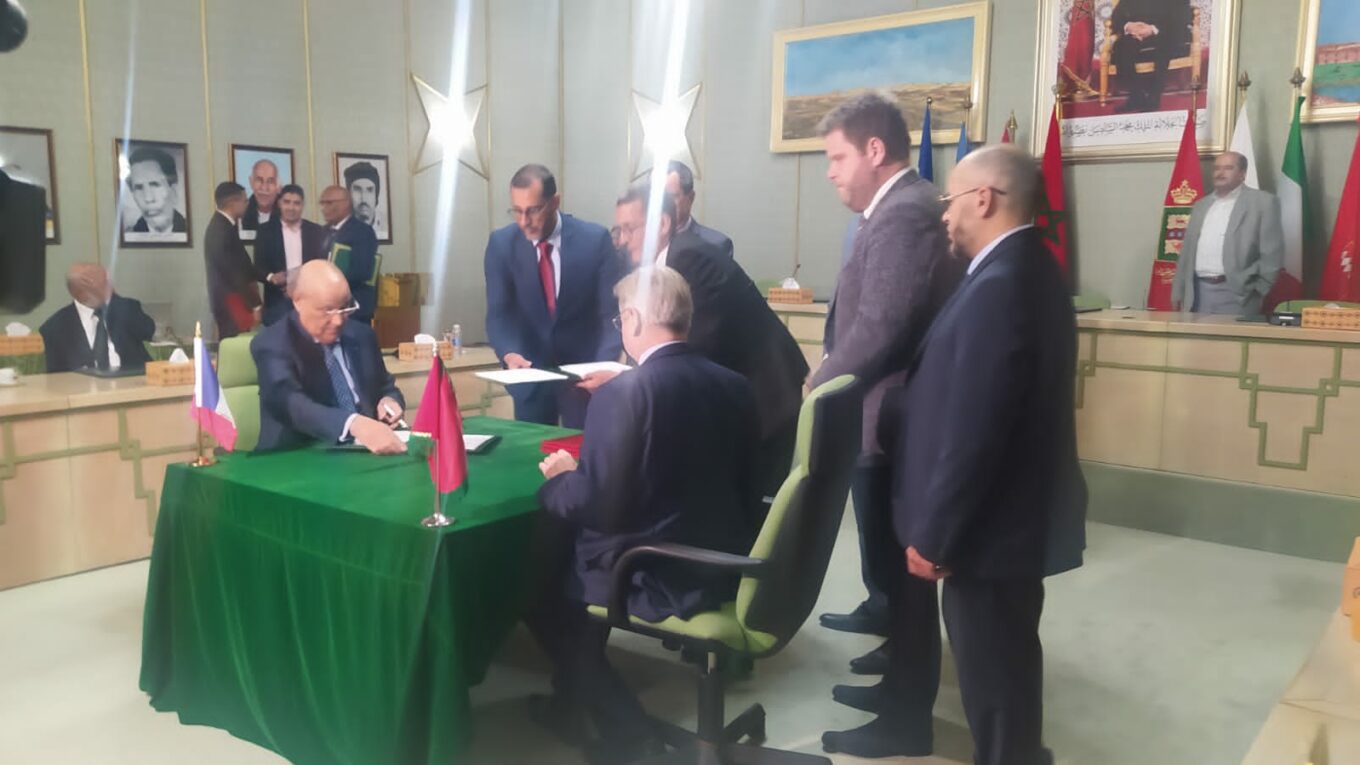 Morocco’s Saharan city of Laayoune and French city of Metz signed, on Monday, a partnership agreement destined to bolster their cooperation ties in the economic, educational, cultural and touristic fields.

The three-year renewable deal, part of the decentralized cooperation between Morocco and France, was inked by Head of Laayoune Municipal Council, Mly Hamdi Ould Errachid and the Mayor of Metz, François Grosdidier, in presence of elected officials from both cities.

Under the agreement, the local officials of the two cities pledged to promote and facilitate dialogue and contacts between private/public investors, businessmen, tourism professionals, artists, academics, civil society representatives…

They also pledged to hold regular and periodic meetings, exchange experiences and expertise in sectors of common interest.

During their visit to Laayoune, members of the French delegation toured several landmark projects and educational, sports, cultural, socio-economic and health infrastructures built within the frame of the development model of the southern provinces.

They visited the women’s club of Laayoune, the local library and the port and the projects of the school of medicine, the City of Trades & Skills and University Hospital Centre.