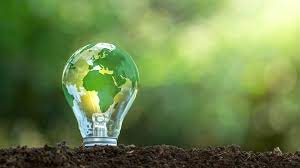 As the European Union restructures its plans for energy security in light of shifting geopolitical realities, high-level European and African energy stakeholders met during the Africa-Europe Roundtable in Cape Town to discuss the potential of Africa’s hydrocarbon and renewable resources to help attain global energy security.

Addressing the role of the African continent in advancing the global energy revolution and supplying Europe with energy security, several speakers noted that making an Africa-Europe energy trade a reality will be contingent on ensuring the availability of financing solutions for energy infrastructure development. Prior to the outbreak of the Russia-Ukraine conflict, a growing number of multilateral financial institutions had reduced or eliminated their support of fossil fuels altogether, in accord with the Paris Agreement and climate concerns. Now, the African continent will need to strengthen ties with the West and its associated financial institutions to forge global energy partnerships and guarantee energy security and project stability.

“From the European perspective, for a long time, the acute need for access to energy was not so dominant,” said Anja Casper-Berretta, Head of Energy Security and Climate Change in sub-Saharan Africa, Konrad Adenauer Foundation. “Yet in Africa, you can’t have an energy transition discussion in countries where more than half of the population doesn’t have access to electricity. So, energy security comes from a very different angle. How do we assure energy security? Diversification is a key component. Since the Russian invasion of Ukraine, there has been a more practical approach to finding pragmatic solutions to the current crisis.”

For Africa, new investments could be critical to capitalizing on untapped hydrocarbon reserves left behind in the midst of the energy transition and green lending behavior. According to Rystad Energy, renewed European interest for African gas could boost African production from 260 billion cubic meters per day in 2022, to nearly 500 billion cubic meters