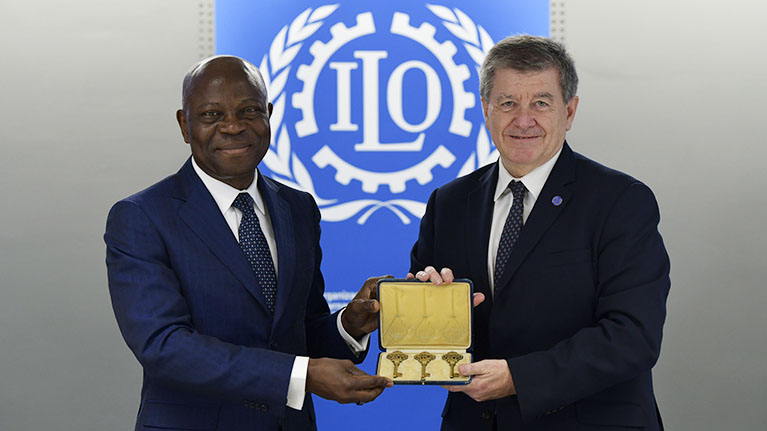 Gilbert Houngbo, former Premier of Togo, has officially taken helm of the International Labor Organization (ILO) as Director-General of the UN branch and has made Social justice and equality at the heart of his mandate.

Elected in March this year, the 61-year old man took office on September 30 as he replaced Guy Ryder who ran the organization for two mandates from 2012 to this year.

Houngbo hailed Ryder’s strong leadership and personal commitment to combatting sexual violence and harassment while at the head of the organization.

“I salute your uncompromising commitment to the ILO’s founding values, your resolute pursuit of technical excellence within the organization’s mandate and your constant respect for our tripartite constituents as a source of insight available uniquely to the ILO. These are qualities I will seek to emulate as I embark on the mandate that has been bestowed upon me,” he said.

For his mandate, the former Togolese Prime Minister has vowed to make social justice within major coalitions and universal social protection the top of his agenda.

“We must also talk about the supply chain, the informal sector. Also, COVID-19 has shown us how some groups of citizens are in a much more precarious situation; women and girls, particularly rural women, are one. Small and medium-sized enterprises (SMEs) and self-employed entrepreneurs are another one,” he added.