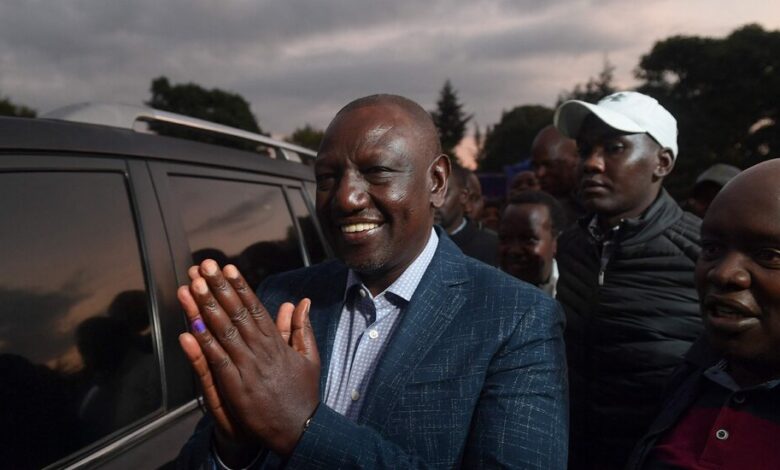 Kenya’s newly sworn-in president has expressed willingness to purchase fuel from Russia, just days after making immediate moves to boost the country’s influence on the global stage with a stirring speech at the UN General Assembly.
President William Ruto’s announcement that Kenya was open to buying fuel from Russia comes at a time when a number of nations, notably the United States, avoid engagement with Moscow as a result of its invasion of Ukraine. In an interview with BBC, Kenya’s leader hinted that he would be exploring all possibilities in an effort to rein in the increasing fuel prices that have put a lot of pressure on Kenyans since the fuel subsidy was discontinued. “All options are available to us as a country. East Africa would be a good option, but Kenya is what we are going to be focusing on,” he said. The president continued by saying that in order to create a seamless financial framework and better the lives for East Africans, Kenya will cooperate closely with other nations in the region.
This comes only days after he sought to use the inaugural address at the UN GA to establish his credentials as a leading voice of African ambition on the world stage. Ruto’s address in New York was stacked with rhetoric imported from his successful campaign in August’s presidential election. “It is time for multilateralism to reflect the voice of farmers, represent the hopes of villagers, champion the aspirations of pastoralists, defend the rights of fisherfolk, express the dreams of traders, respect the wishes of workers and, indeed, protect the welfare of all the peoples of the Global South,” he told the General Assembly. “Kenya stands ready to work with other nations to achieve the pan-Africanisation of multilateralism,” Ruto also declared in New York, which indicates that his presidency may well represent a significant departure from predecessor Uhuru Kenyatta’s trade policies.