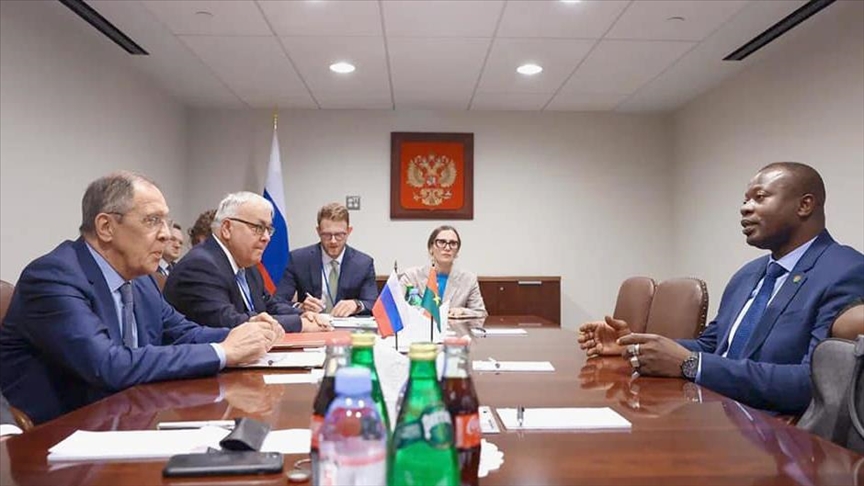 Burkina Faso and Russia Sunday expressed their eagerness to bolster cooperation between the two countries for mutual benefits as Moscow continues to deepen its footprint in Africa.

Lieutenant-colonel Paul-Henri Sandaogo Damiba, leader of the West African country met with Russia’s top diplomat Serguei Lavrov in New York on the sidelines of the 77th UN General Assembly. Both countries according to the office of the Burkina Faso leader want to strengthen ties and address current challenges.

“Currently, there was a desire to further strengthen this cooperation and bring it to a level that will be mutually beneficial to both countries,” said Olivia Rouamba, Burkina Faso’s Minister of Foreign Affairs.

The meeting comes amid increasing insecurity in Burkina Faso which is grappling with terror activities by armed groups and jihadists.

Last month, the Prime Minister of the Burkinabe transition, Albert Ouédraogo, had declared that Burkina Faso reserved the right to diversify its partnerships, even if it meant offending its historical partners, stressing that “there are questions to be asked about the partnership with France,” Anadolu agency had reported.

Ouedraogo expressed his country’s willingness to diversify international partners on the fight against terrorism.