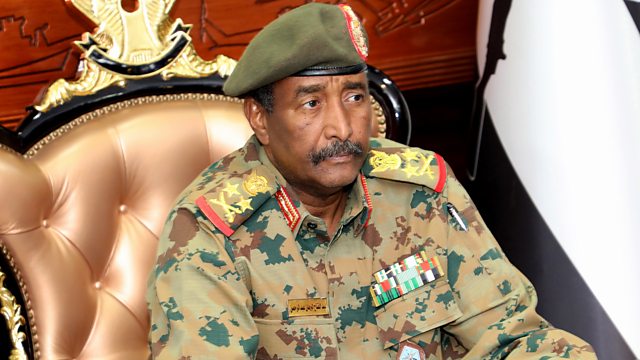 Sudan: Head of junta will not run in coming elections race

Gen. Abdel Fattah al-Burhane, who rules Sudan after a coup nearly a year ago, said he will not run in future elections meant to put in place a civilian-led government.

“I have no desire to run as a candidate,” General Burhane, 62, said in an interview with The Associated Press on the sidelines of the United Nations General Assembly in New York.

Sudan has been in turmoil for more than three years. Its economy is faltering and inflation is expected to reach a staggering 245 per cent this year, according to the International Monetary Fund.

Since the coup last October, pro-democracy demonstrators have continued to march in the streets demanding that the army hands over power to civilians.

Soldiers have repeatedly opened fire on the demonstrators, killing some and detaining hundreds. Although no police officers or members of the security forces have been convicted for the deaths, General Burhane said five or six people are under investigation. “The protesters clashed with the police, and the police dealt with them according to the law to protect public property,” he said.

However, the general refrained from putting forward a date for future elections, even though he had previously stated that an election could be held in July 2023. For him, the impasse is at the level of the political actors who must agree on a date for the elections. He insisted that the army has no role in this debate.

He also dismissed speculation about tensions within his own transitional government, denying that there were any disagreements with the deputy head of Sudan’s ruling military council, General Mohamed Hamdan Dagalo, better known as Hamedti. In recent weeks, local media have reported differences between the two generals. Hamedti recently admitted that the military takeover had failed.