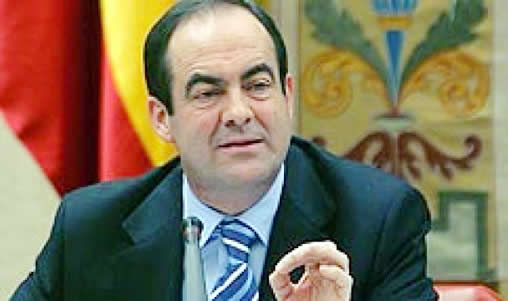 As the Algerian regime continues to push its Polisario puppet chasing an elusive separatist dream, former Spanish Defense minister and former chief of intelligence services, José Bono, gave them a harsh reality check, affirming that the referendum option has been abandoned definitively by the UN Security Council.

In his opening address at the 1st International Conference for Peace and Security in the Sahara, held in Las Palmas, Mr. Bono said the Security Council has commended in its resolutions Morocco’s autonomy plan offered for the Sahara for a lasting resolution of the Sahara, describing the Moroccan initiative as serious and credible.
“We are in 2022. The last time the Security Council referred to a referendum was in resolution 1359 of June 29, 2001,” said the former Speaker of the Spanish Congress of Deputies.

In 2007, Morocco responded to the Security Council call for a political solution by proposing an autonomy plan for the Sahara, a plan welcomed as serious and credible by the UN, added Mr. Bono.

By expressing full support for the Moroccan autonomy initiative as the “most serious, realistic and credible” basis for resolving the dispute over the Sahara issue, the Spanish government adopts a stand in line with UN resolutions and joins the position of United States and Germany.

According to the former Spanish official, the Sahrawis living in Morocco’s southern provinces enjoy remarkable socioeconomic development; while these sequestered in the Tindouf camp continue to suffer inhuman, lamentable and cruel conditions.

The Sahara conflict has “lasted too long. It can no longer be tolerated by a population that has suffered greatly for more than half a century,” added Mr. Bono, telling the Polisario and its supporters that the world has changed and they should make a difference between what is possible and what is impossible.