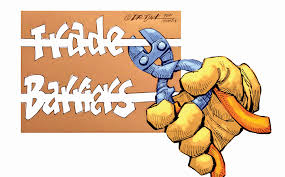 Pursuing continental self-sufficiency may not be an appropriate remedy for Africa’s weak position in agricultural supply chains, experts at the International Food Policy Research Institute (IFPRI) have warned.

African countries must improve their transnational transport infrastructure or risk remaining vulnerable to shocks in global food supply chains, the team of experts have warned following the release of the US Department of Agriculture’s (USDA) monthly World Agricultural Supply and Demand Estimates. Africa’s food security has been subject to intense scrutiny since the Russia-Ukraine war began in February. While the direct impact of shortages, caused by the closure of Ukraine’s Black Sea ports, has been mitigated by substituting its grain for imports from other large southern hemisphere producers including Argentina, Australia, Brazil and India, the indirect effects of disruptions to agricultural supply chains have been far reaching.

“The greatest problem facing African farmers is not that they are too connected to global supply chains, but that their connections to those supply chains are not developed enough,” according to David Laborde, IFPRI senior research fellow. Global increases in grain prices have not been passed onto farmers in sub-Saharan Africa, who predominantly sell their output to domestic or regional markets. Meanwhile, input costs have soared, with steep inclines in the price of fuel and fertilizers combining to jeopardize farmers’ profitability. Developing a degree of self-sufficiency in African fertilizer production represents one potential route forward. But with almost 40% of the world’s potash originating in Russia and Belarus, IFPRI experts have questioned Africa’s ability to be self-sufficient in fertilizer production.

Still, foundations have been laid for Africa’s greater self-sufficiency in fertilizer production: phosphate rock reserves stretching from Morocco to Tunisia account for over 70% of total global supply, while a new urea fertilizer plant has recently opened in Lagos. It is the world’s second largest of its kind, and there are also major, though untapped, potash deposits in Eritrea. But prohibitive barriers to cross-border trade will in the near future prevent Africa from satisfying its own rapidly growing demand for fertilizer. The IFPRI experts criticized labyrinthine customs regulations, poor road infrastructure and the frequent absence of rail connections between ports and inland agricultural centers mean that African fertilizer products are more likely to be sold to international markets than to geographical neighbors. The inauguration of the African Continental Free Trade Area (AfCFTA) may be the single most important factor in bringing down some of those external tariffs and barriers to trade.