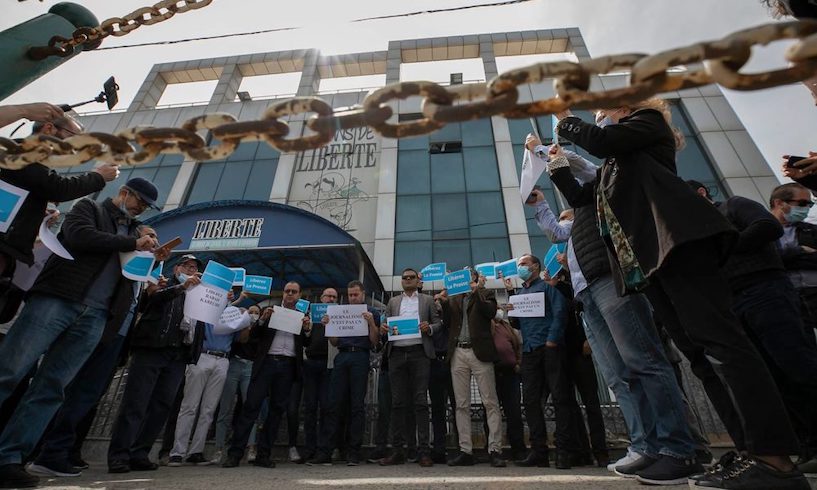 In Algeria a news article or investigation on the problems facing the exports of dates could lead to jail. This was the case of Belkacem Houam, a reporter with Echourouk who was sent behind bars for a story on the export ban of Deglet Nour dates.

He is facing charges of undermining public order and causing price hikes under a new speculation law, his lawyer told AFP.

France in particular has recently sent back 3000 tons of Deglet Nour dates for non-conformity with health and safety standards.

The Algerian agriculture ministry has itself banned the export of these dates without offering details.

The article was withdrawn from the website of Echourouk and the paper vanished from kiosks on Thursday.

Although reporters under the Algerian law should not face incarceration because of their work, the Algerian regime has trumped up charges to give the case a character of commercial dispute.

The Algerian press union and some few voices who still dare to challenge the military regime condemned the arrest.

Algeria has imposed a media blackout on the situation of human rights as many journalists and dissidents are increasingly thrown into pre-trial detention to stifle a Hirak movement that seeks a clean break with the current military regime.