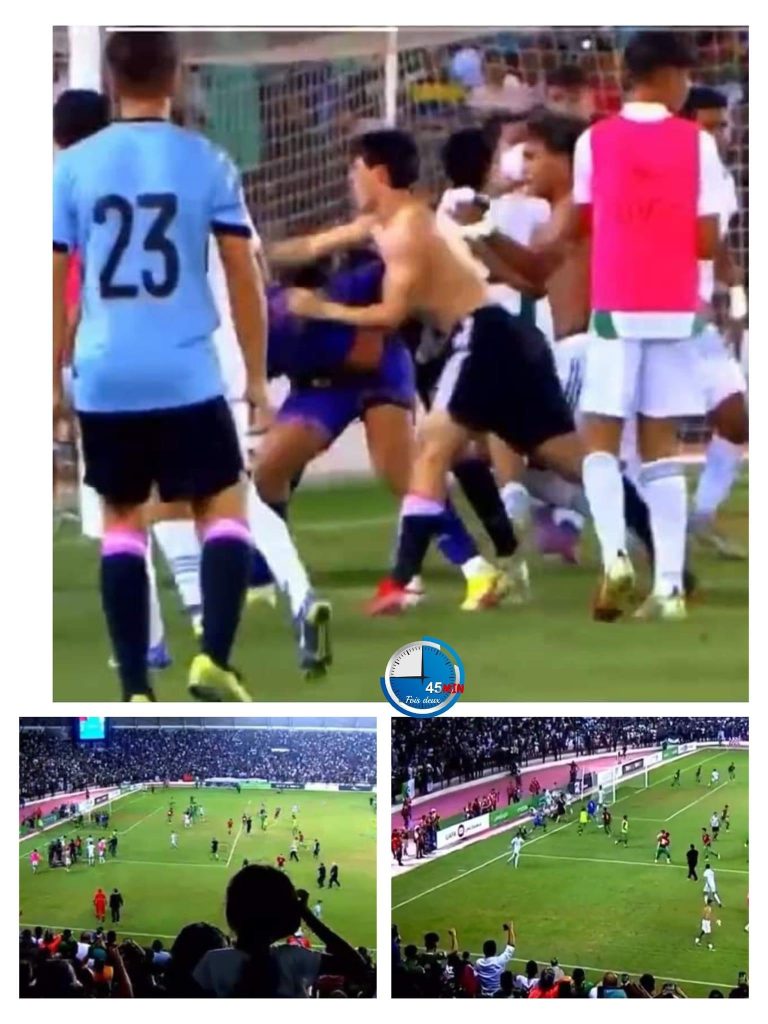 Algeria’s hostility to Morocco spills over to stadiums

Moroccan kids taking part in an Arab soccer final have been attacked on the pitch by their Algerian counterparts joined by security forces and fans in a deplorable scene that not only violates sportsmanship but also shows that the propaganda and diatribes unleashed by Algerian media is now shaping action by the Algerian people against Moroccans.

After they won the final, images and videos on social media showed Algerian players ruthlessly attacking a Moroccan goal-keeper as adult fans invaded the pitch hitting savagely other Moroccan players under 17 years old in a stadium in Oran.

Morocco’s Royal Football Federation condemned the “savage attack” by the Algerian players and fans and deplored the lack of security.

The Algerian president who has not tweeted for two months grabbed the occasion again to congratulate the Algerian team, turning a blind eye to the disastrous organization and his own security shortcomings.

What happened is a grave incident of an attack by Algerian players and adult fans on Moroccan under-age players in the host country which is supposed to offer all guarantees of security and hospitality.

Moroccan teenage footballers have been exposed to insults by the fans all along the game let alone the degrading treatment they received after the game’s end.

The Algerian regime has succeeded in poisoning stadiums with anti-Moroccan rhetoric. Last June, Algeria banned a team of Moroccan reporters from covering the Mediterranean games in Oran.

Algeria’s military junta misses no chance to politicize sports championships to divert attention from the real problems of authoritarianism, poverty and instability suffered by the Algerian people.

Now fans insulting Moroccan teams on Algerian stadiums have become a norm unfortunately fed by visceral hatred of anything Moroccan by the regime.

During the same Mediterranean games, the Algerian organizers went as far as omitting the last part of the Moroccan national anthem saying the Kingdom’s motto “God, the Homeland and the King.”

The organizers even call it the Fassi anthem to avoid saying Morocco, in a despicable act of hostility that violates neighborliness.

The violence shown by Algerians in Oran is a direct result of the non-stop propaganda machine on Algerian media which has been spreading hateful content towards Morocco and Moroccans.

History will remember that under-aged Moroccan football players have been attacked by their Algerian hosts including adult fans!