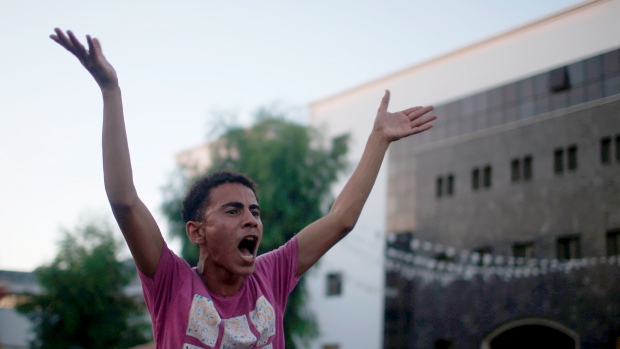 Thousands of people in the Gaza Strip are still homeless after a ceasefire ended the hostilities between Hamas and Israel less than two weeks ago.  Although Hamas deems it is up to the Palestinian Authority to cope with the problem, as it gave up official control of Gaza’s ministries to a new Palestinian government in June, it has distributed $40 million to the families affected, giving $2000 to each household having had its home destroyed.

The United Arab Emirates on its part earmarked $41 million for a rebuilding project to be carried out by the UN Relief and Works Agency (UNRWA.)
The UN has reported that more than 100,000 Palestinians have been left homeless after the 50-day onslaught. Bombardments by Israel destroyed some of the homes to the ground and left others severely damaged making it risky to live in.
UNRWA’s spokesman, Adnan Abu Hasna, said the agency mobilized hundreds of engineers and researchers to evaluate the damage incurred by the bombarded areas before beginning construction. He said he is however optimistic that the homeless will be re-housed before winter.
A spokesman of the UN Office for the Coordination of Humanitarian Affairs also said that around 13% of the housing stock has been affected. He mentioned that “5% of the housing stock is uninhabitable. An estimated 18,000 housing units have been either destroyed or severely damaged, leaving more than 108,000 people homeless. This is in addition to the pre-crisis housing deficit of 71,000 housing units, leading people to live in overcrowded or inadequate conditions.”
According to the UN, some 60000 homeless people have found shelter in UN-run schools.