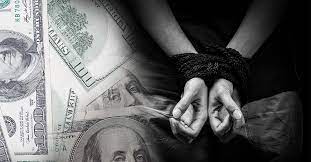 Morocco’s efforts to combat human trafficking and migrant smuggling as well as their connection with money laundering, were highlighted at a conference in Sharm el-Sheikh, Egypt.

Morocco has made significant efforts to deal with organized crime, mobilizing technological tools in searches and investigations, noted Mohamed Chabib, judge at the Public Prosecutor’s Office.

He was speaking at the regional conference on “Combating Proceeds from Human Trafficking and Migrant Smuggling: Priorities and Challenges,” held at the initiative of the United Nations Regional Office on Drugs and Crime for the Middle East and North Africa this Sept. 4-6.

The laws and institutions to achieve this goal have been put in place, in line with the relevant international charters, he said, citing the amendment of the Penal Code and the adoption of the law on money laundering, which contains legal innovations on the preventive and repressive levels.

The Moroccan judge highlighted the legal framework for the fight against human trafficking developed by Morocco through the promulgation of several laws, including the law on entry and residence of foreigners in Morocco and on illegal immigration, in addition to the National Strategy for Immigration and Asylum.

Mr. Chabib underlined the efforts of the Public Prosecutor’s Office in combating money laundering and terrorism financing, stressing that the world is experiencing an evolution in the types of crimes and means used, alongside the evolution of tools dedicated to crime fighting.

Law enforcement agencies now need to diversify their tools to include financial investigations by monitoring financial activities related to human trafficking and smuggling of migrants, he said.

Christina Albertin, Regional Representative of the UN Office on Drugs and Crime for the Middle East and North Africa, said “the crimes of human trafficking and smuggling of migrants are among the crimes that generate billions of illegal profits annually.”

“Therefore, the main purpose of this regional conference is to mobilize specialists from different Areas, including financial intelligence units, the judiciary, the public prosecution, relevant law enforcement agencies and national committees, as well as banks and financial institutions, to enhance cooperation and information exchange – to effectively address such crimes.”

The conference, held in partnership with the Egyptian Unit for Combating Money Laundering and Terrorist Financing with the support of the Netherlands, saw the participation of more than 70 representatives from law enforcement agencies, financial intelligence units, the public prosecution, the judiciary, and financial institutions from Egypt, Tunisia, Algeria, Libya and Morocco, in addition to experts and speakers from various specialized regional and international organizations.