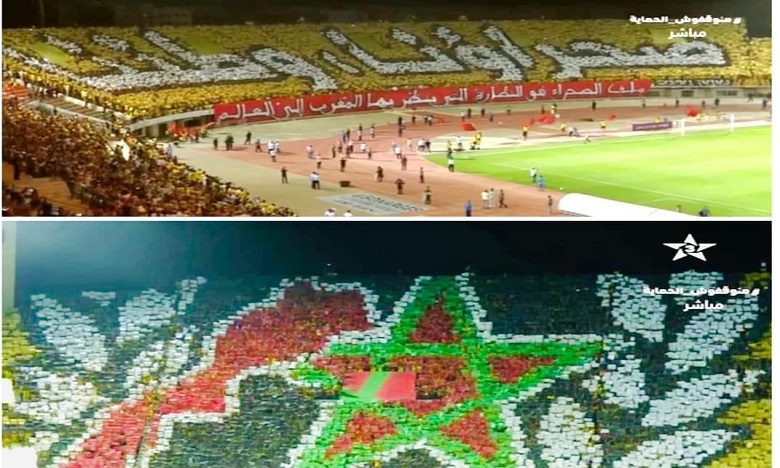 “The Sahara is our home,” shows a giant tifo composed of thousands of placards raised by MAS Fez football fans who also drew Morocco’s full map and the green star of the Moroccan flag. Underneath they pinned an enormous sign quoting King Mohammed VI saying the Sahara issue is “the benchmark whereby my country measures the sincerity of friendships and the efficiency of partnerships.”

The tifo was raised as Morocco makes inroads in support of its position on the Sahara issue and amid stabs in the back from neighboring Algeria and its new vassal state Tunisia.

As global powers join a wave in support of Morocco’s sovereignty over the Sahara territory, Tunisia chose to swim against the current and decided to offer a presidential welcome to head of separatist Polisario entity last month, a decision that angered Rabat which recalled its ambassador to Tunis.

Beyond the message, Moroccans football fans in various cities often turn stadiums into work of arts exhibiting artistic and organizational skills with impressive tifos that reflect passion for football and for their teams.