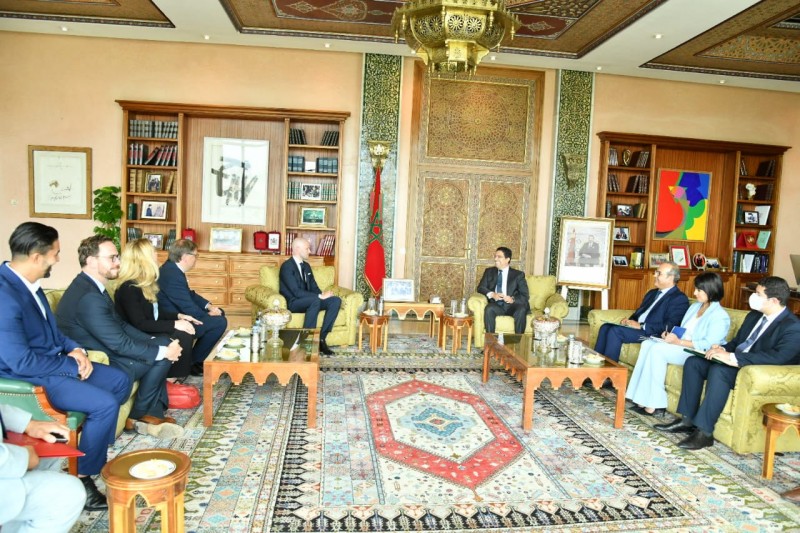 Belgian MPs of the liberal Reformist Movement (MR) pleaded, Friday in Rabat, for the strengthening of economic, social and environmental ties between Morocco and Belgium.

“It is important for us as residents of Belgium and Brussels to come here to see what links we can strengthen and what bridges we can build economically, socially and environmentally between two countries that have a long history of friendship,” MP David Leisterh told the media, after a meeting of the Belgian delegation with Moroccan Foreign Minister Nasser Bourita.

Referring to the issue of the Moroccan Sahara, Leisterh who chairs the visiting Belgian parliamentary delegation stressed the importance and centrality of this issue for Morocco, emphasizing the imperative to join definitively in a “solution approach.”

He announced in this connection that the parliamentary delegation will visit the southern provinces during its stay in the Kingdom.

The Belgian parliamentary delegation also reviewed at talks with Moroccan MPs at the House of Representatives (Lower House) the historical bonds linking Morocco to Belgium. It lauded Morocco’s pivotal role as a pole of development and stability in the region, and a bridge between Europe and Africa.

Talks covered the democratic development of the Kingdom and the efforts deployed to advance the condition of women, fight extremism and terrorism and overcome the repercussions of the COVID-19 pandemic, in addition to Morocco’s leadership in the area of renewable energies, green economy, and migration and asylum policy.