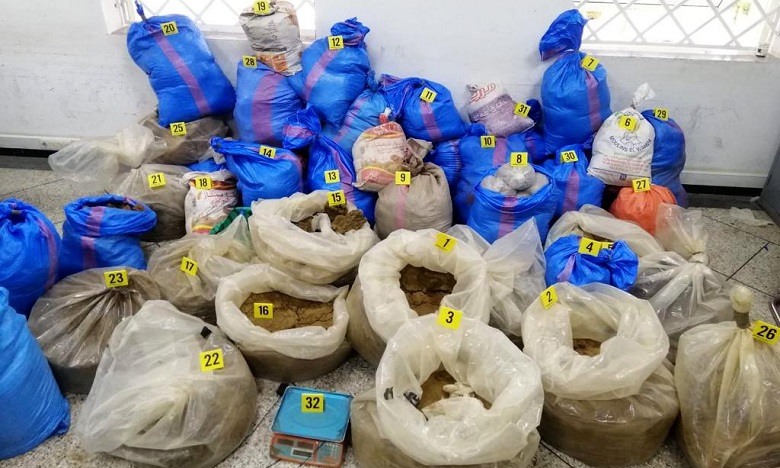 Over one ton of cannabis resin were seized in Martil, in northern Morocco, on Friday, September 2, and three suspects were arrested for their alleged involvement in the case.

The suspects, arrested by the judicial police of Tetouan, are aged between 24 and 43, and all have criminal records, the General Directorate of National Security (DGSN) said in a statement.

The three suspects have alleged links with a criminal ring involved in drug trafficking. The first suspect was caught red-handed selling cannabis in the region of Martil, said the statement.

Investigations enabled security services to identify the two other suspects, who were subsequently arrested in Chefchaouen.

Collaboration between police and Royal Gendarmerie led to the identification of the location where the cannabis was concealed and the seizure of 1,350 kg of cannabis.

The suspects were placed in custody for further investigation to identify all persons involved in this case and determine its possible ramifications both at the national and international levels.