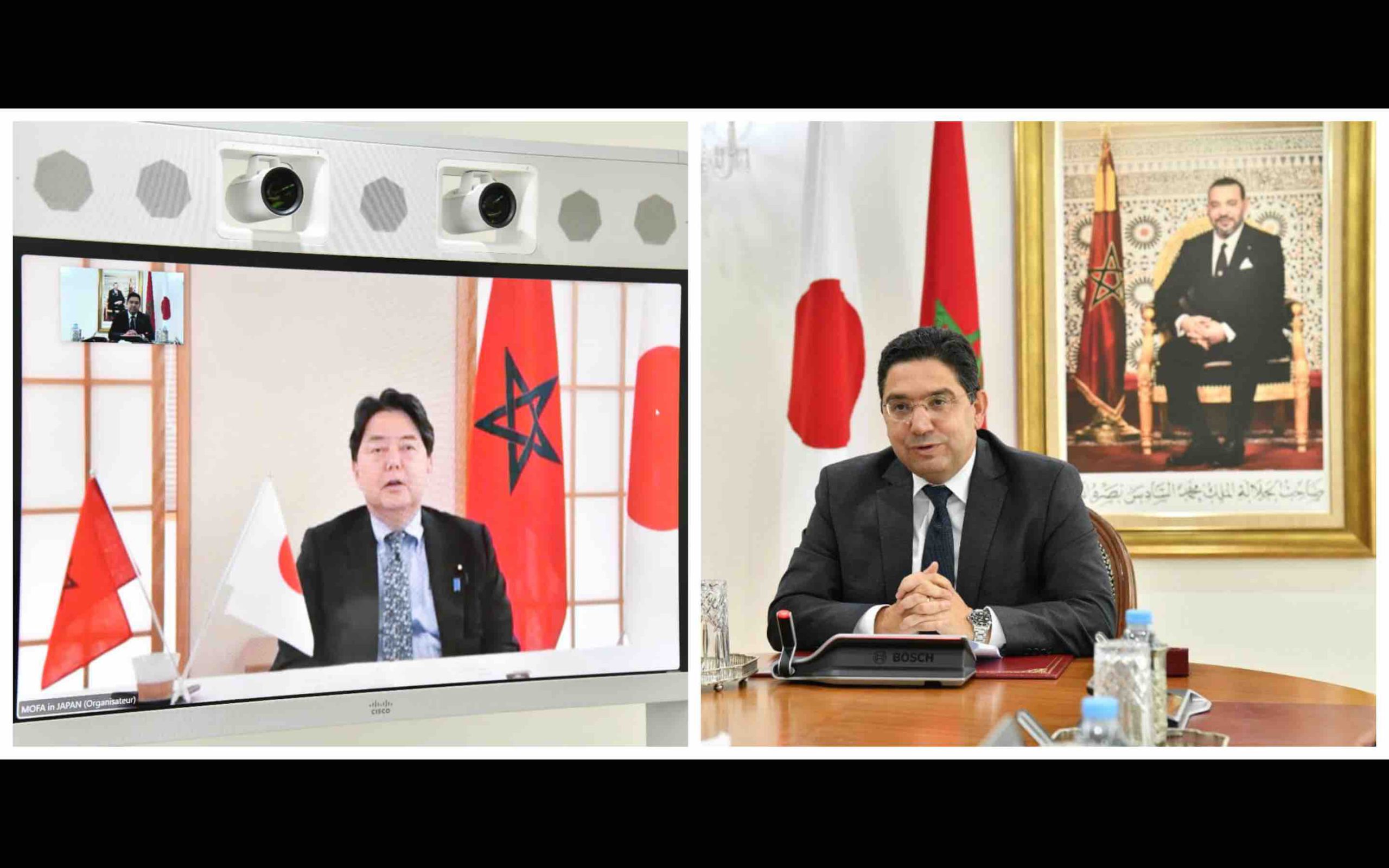 Moroccan and Japanese foreign ministers reaffirmed in the strongest terms their denunciation of Tunisia’s unilateral invitation of the Algeria-backed Polisario entity to the Japan-Africa summit TICAD last Month.

The two ministers who had talks via video conference Friday highlighted the strength of the two countries’ political and economic ties, Morocco’s foreign ministry said in a statement.

The talks came after the TICAD summit which Morocco abstained from attending due to the hostile move by the Tunisian presidency to invite the Algeria-armed separatist Polisario militias, a provocation that led Morocco to recall its ambassador to Tunis.

Foreign Minister Nasser Bourita highlighted the responsibility of the host country Tunisia for the serious blunders it has committed in inviting the Polisario, an act that has impacted the proceedings of the TICAD.

For his part, the Japanese foreign minister Yoshimasa Hayashi deplored the absence of Morocco at TICAD, making it clear that Polisario was not invited by Japan and that Tunisia was asked to act accordingly.

The head of Japanese diplomacy stressed that his country’s position, which does not recognize the Sahara as a state, remains “unchanged” and that this position was clearly expressed during the TICAD summit.

Bourita also expressed to his Japanese peer Yoshimasa Hayashi the importance attached by Morocco- under the leadership of King Mohammed VI- to deepening ties with Japan in all fields.

He said Morocco will further facilitate the setting up of Japanese investments in the country, where some 75 Japanese companies operate in high tech fields offering 50,000 jobs.

The two ministers also discussed cooperation in the sectors of food and fertilizers, as Japan imports 20% of its fertilizers needs from Morocco.