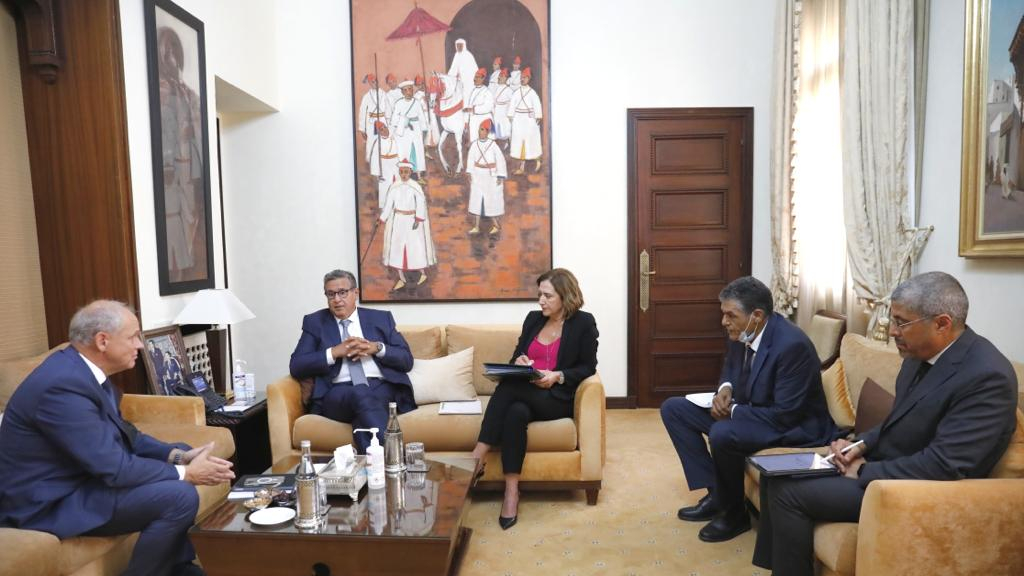 TUI Group, one of the global tourism leaders, has voiced readiness to strengthen further its presence in Morocco and step up investment in the North African Kingdom.

At a meeting held Thursday in Rabat with Head of Moroccan Govt. Aziz Akhannouch, TUI chief Sebastian Ebel said the German travel giant is upbeat over the growth of Moroccan destination due to its competitive and diversified offer.

For his part, Mr. Akhannouch underlined the efforts made by Morocco to relaunch the tourism and air transport sectors which were hard hit by the Covid-19 pandemic, stressing that the urgent support measures taken by the government helped the tourism sector to recover, rebounding gradually.

During the past two months (June /July), over 3.2 million tourists visited the country, confirming the sector is returning to its pre-covid-19 levels.

The sector of tourism accounts for 7 pc of Morocco’s GDP and employs more than half a million people. It is a major source of foreign exchange earnings along with remittances.