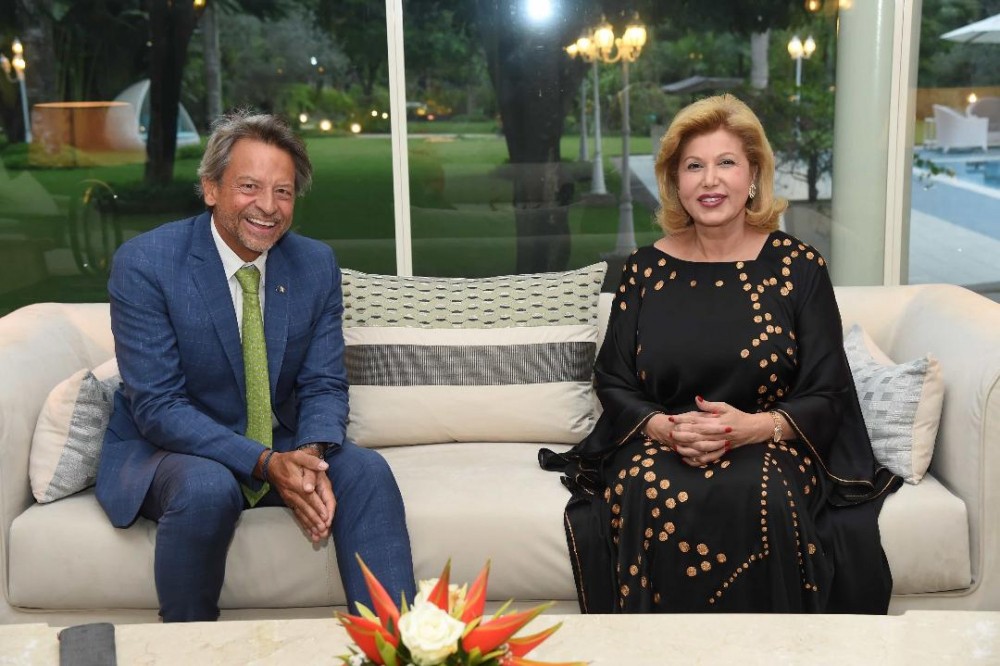 Jobst Von Kirchmann, the European Union Ambassador to Côte d’Ivoire is leaving the west african country after heading the mission since its inception four years ago.

The German diplomat met Monday with the First Lady of the West African country Dominique Ouattara to thank her for her commitment in favor of the underprivileged, local media Koaci reports.

“It was a farewell visit. We still have a few days to spend in the country. And we could not leave this country without having seen Madam the First Lady who is committed at an extraordinary level that goes beyond the Ivory Coast for very important issues including the issue of children, but also, other social issues. She is particularly committed to the fight against child labor which is an international and political issue,” Von Kirchmann said.

“So I also wanted to thank the First Lady for her commitment and to say how much we, as the European Union, have seen the commitment of the Children of Africa Foundation. In addition, she has regularly organized events in the country to reach the most disadvantaged population. We appreciated this very much. It was the moment to say thank you for the hospitality. Thank you for all that we have been able to do together. And this is not a farewell. It is a goodbye.”

The head of the EU mission, has been the first diplomat to lead the mission since its inception, in 2018.