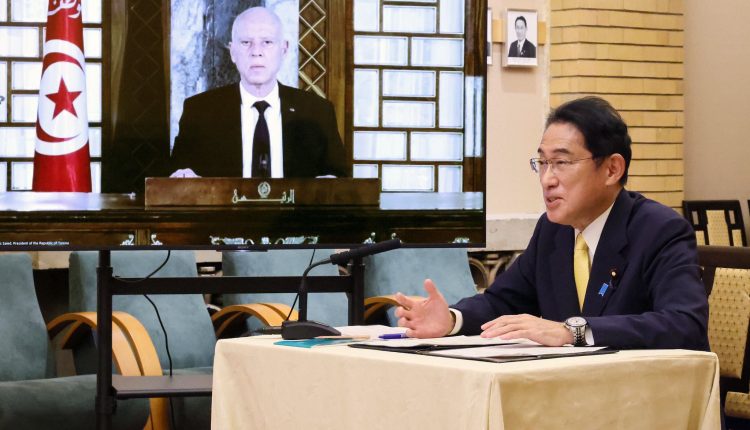 Japan makes it clear Polisario has no place at TICAD

Japan dealt a blow to the Tunisian President Kais Saied who unilaterally invited the head of the Algeria-sponsored Polisario separatists to Japan-Africa development summit TICAD. The Japanese foreign minister made it clear the separatist entity had no place in TICAD and its presence does not mean Japan recognizes it.

“Before concluding my speech I would like to announce that even if a group which claims itself as a state which Japan does not recognize was seen in this room does not mean that Japan implicitly or explicitly recognizes it as a state,” head of the Japanese delegation to TICAD said.

Japan has on multiple occasions reaffirmed that it does not recognize the Algerian-backed Polisario entity and that only member states with whom it has ties are invited to the TICAD.

Morocco protested the unilateral invitation by Tunisia to the Polisario, recalled its ambassador to Tunis and decided not to attend TICAD, after president Kais Saied offered a presidential welcome reception to the Polisario leader.

African states including Senegal, Guinea Bissau, Burundi, Liberia and CAR have denounced the presence of the Polisario and deplored the absence of Morocco.

Morocco has won increasing support for its territorial integrity and sovereignty over the Sahara in recent years including from global powers.

So far, 84% of all UN member states do not recognize the Algeria-created Polisario and its self-proclaimed republic, including two-thirds of African states, 68% of Latin American states, 96% of Asian states and 100% of European and North American states.