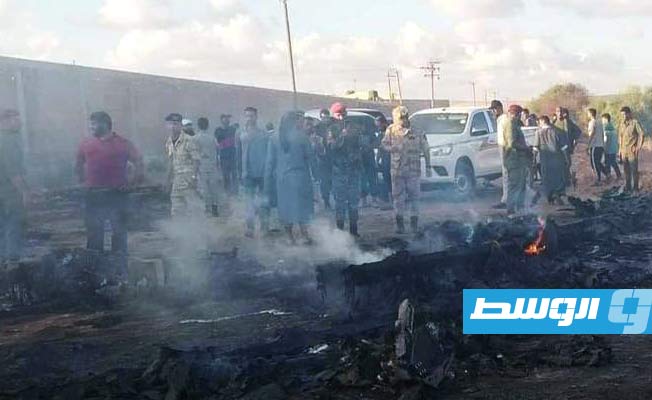 The Libyan Armed Forces, led by eastern military leader Khalifa Haftar, announced Monday having brought down on the outskirt of Benghazi a drone armed with two missiles.

The Director of the Moral Guidance Department of the self-style army General Command, Major General Khaled al-Mahjoub, in Facebook post, said that air defenses targeted and downed an unidentified drone near the Benina base in Benghazi, al Wasat reports.

“The Air Defense Forces in Benghazi managed to destroy an unidentified drone armed with two missiles after it penetrated the airspace. It was discovered southwest of the Benina area at 16:53 and it was dealt with by missile units and destroyed at 17:05.”

He did not provide other details about the incident.

Earlier in the day, social media pages circulated videos and pictures of what they said was a plane that crashed on the outskirts of Benghazi, the media added.

Recordings showed a burning mass falling from the sky and clouds of smoke rising.

Haftar’s army controls most of the Libyan territory and has lent endorsement to former Interior Minister Fathi Bashagha who has been chosen by the country’s legislature, which ousted in February Tripoli-based Prime Minister Abdul Hamid Dbeibeh.

Dbeibeh has however refused to relinquish power.