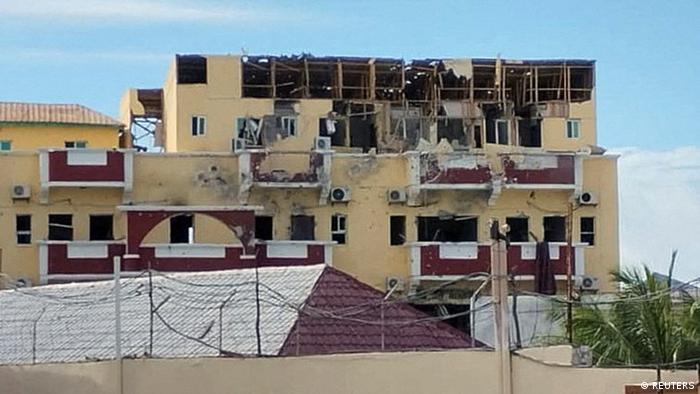 The Mogadishu attack began when fighters from the al-Qaeda-linked armed group unleashed a gun-and-bomb assault on the popular Hayat Hotel on Friday evening.

“The ministry of health has so far confirmed the deaths of 21 people and 117 people wounded,” Health Minister Ali Haji Adan said. Casualties include civilians and security personnel who were killed in the al-Shabab complex attack on the Hayat hotel in the heart of the city, according to Somali police chief General Abdi Hassan Hijar. He added the main focus of the security forces was rescuing trapped civilians after al-Shabab fighters targeted the hotel with explosions and stormed the building, followed by a firefight that lasted nearly 30 hours.

The attack was met with international condemnation. A statement issued by the US State Department expresses “heartfelt” condolences to the families who lost loved ones and stresses that the United States remains steadfast in its support of Somali and African Union-led efforts to counter terrorism and build a secure and prosperous future for the people of Somalia.

The Intergovernmental Authority for Development in Eastern Africa, or IGAD, also condemned the attack as „a terrible disaster, not just for Somalia, but the entire IGAD region is in mourning. … Acts of terror are a threat to both the national, regional and global stability, and must be defeated collectively and we will be working closely with all the regional actors, international partners and of course with the government and the people of Somalia to defeat terrorism collectively.”