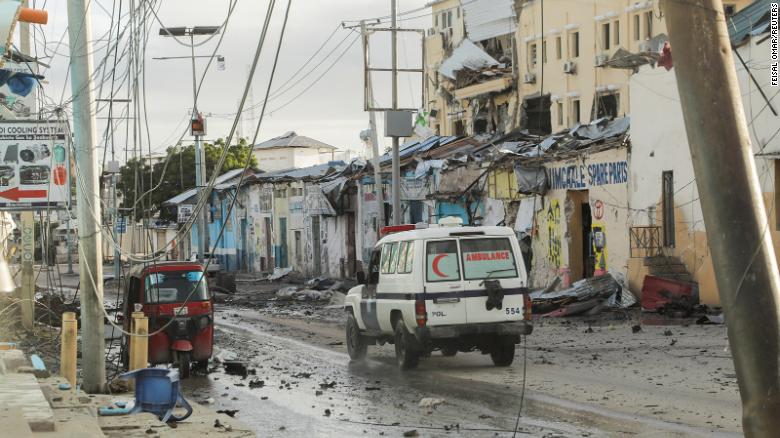 Somalia: At least 20 people killed in hotel attack in Mogadishu

At least 20 people have been killed in an attack by the jihadist group Al-Shabaab on a hotel in the Somali capital Mogadishu, Somali police spokesman Abdifatah Duudushe told reporters Saturday.

The attack began on Friday night and lasted about 15 hours after members of the Somali jihadist group forced their way into the Hayat Hotel building, which is frequented by politicians and government officials, and randomly shot civilians inside.

The hotel owner and other businessmen were killed in the attack while some forty people have been injured.

In a statement, Al Shabab, a Somali group affiliated with Al Qaeda since 2012, claimed responsibility for the attack, saying its fighters committed suicide in the assault on the hotel.

Al Shabab controls parts of Somalia, especially rural areas in the center and south, and attacks neighboring nations such as Kenya.

Local media reported that at least four people were killed in a separate mortar attack in the capital that also wounded at least 10 people.

The attack on the hotel in Mogadishu is the biggest since Somalia’s new president, Hassan Sheikh Mohamud, was elected in May.

Somalia has been in a state of war and chaos since 1991, when Mohamed Siad Barre was overthrown, leaving the country without effective government and in the hands of Islamist militias and warlords.