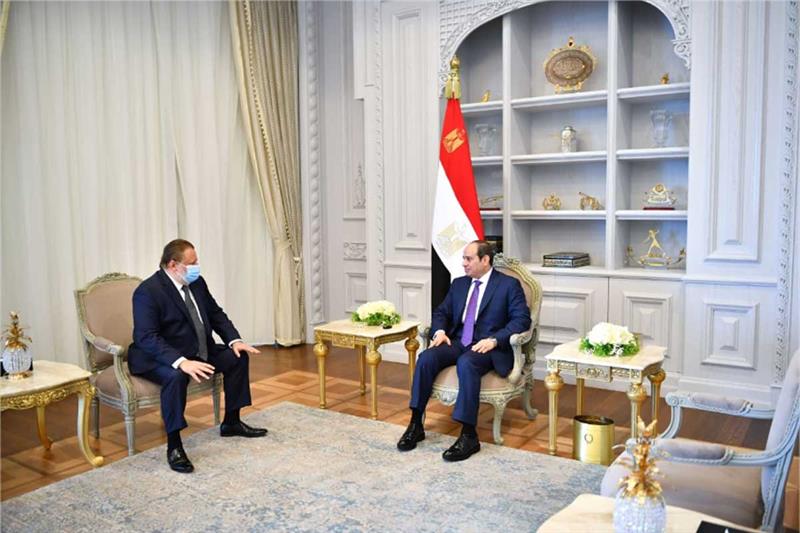 Egypt’s President Abdelfattah al-Sisi has named Hassan Abdallah as acting governor of the central bank of the country after the former chief resigned Wednesday.
Abdallah until the appointment Thursday was Chairman of the Board of Members of the United Media Services Group (UMS).
The 62-year old man replaces Tarek Amer who resigned Wednesday but was later appointed as presidential advisor. During a meeting with the new appointee, President al-Sisi reports stressed the need to develop monetary policies to keep pace with global economic changes.
He also reportedly directed diversifying the sources of foreign currency, highlighting the need to work on providing an appropriate climate for investment.
Abdallah had been UMS boss since mid-2021. He has a large finance experience under his belt as he served as the CEO and Vice-president of the Arab African International Bank (AAIB) after merging it with Misr America International Bank in a deal worth about EGP 240 million.
Under his chairmanship, the AAIB acquired the Canadian Bank of Nova Scotia portfolio in Egypt in 2015, Ahram media reports. Abdallah also was a member of the CBE’s board of directors as well as a board member of the Egyptian Exchange (EGX).
His appointments come as the central bank is under scrutiny in how it handles the soaring inflation in light of the recent local and global economic developments.