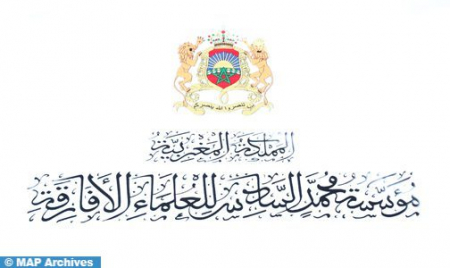 Several African officials and actors praised, Friday in Dar Es Salaam, Tanzania, the pioneering role played by King Mohammed VI in bolstering cooperation between African ulema (theologians) and strengthening the ties of fraternity between the peoples of the continent.

Speaking at the opening ceremony of the final of the 3rd edition of the Mohammed VI Foundation Competition of African ulema of memorization, recitation and psalmody of the Holy Quran, held August 11-14, they unanimously stressed the importance of the “noble” initiatives supported by the Sovereign in the service of Islam and the Holy Quran.

Thus, the vice president of the ruling party of Tanzania, Abdulrahman Omar Kinana, welcomed the celebration of the edition in his country, noting that it is the most important Koranic competition in Africa.

For his part, the chairman of the Foundation’s branch in Tanzania, the country’s Mufti, Aboubakary Zubeiry bin Ally, expressed his appreciation to the King for his interest in the Holy Quran, hailing the “valuable” royal initiative to create the Mohammed VI Foundation of African Ulema, which constitutes a tool for unifying ranks and exchanging experiences among African Ulema.

In a statement to the press, the president of the Foundation’s branch in the Democratic Republic of Congo, Mangala Luaba Abdallah, praised this noble religious initiative, under the high patronage of King Mohammed VI, to value the Holy Book and encourage its memorization with the accurate interpretation of its verses. He commended the efforts of the Sovereign “who watches over the spread of tolerant Islam throughout the world.”

For his part, the chairman of the Foundation’s Benin branch, Abdulrahim Shito Sané, noted that this contest was made possible thanks to the high patronage of the King and the Sovereign’s solicitude towards Muslims and ulema across Africa, especially through the Foundation, which has given a lot to African Muslims. He cited in this regard, this contest which encourages young people to memorize the Holy Quran.

The event also features an exhibition of the Holy Quran manuscripts.