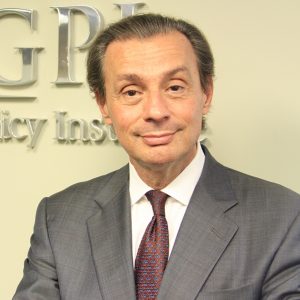 Morocco’s road to development highlighted by US think-tank

Morocco, unlike many countries in which small elites cling to unwarranted privileges based on the exploitation of rent positions, has chosen the path of more broad-based prosperity, and its political stability, geographically strategic location, and robust infrastructure, have contributed to its emergence as a regional manufacturing and export base for international companies.

The remarks came in a piece published by Washington-based think tank, Global Policy Institute, that sheds light on the North African country’s road of development.

“Morocco actively encourages and facilitates foreign investment, particularly in export sectors like manufacturing, through positive macro-economic policies, trade liberalization, investment incentives, and structural reforms,” the author of the paper and president of the think tank Paolo von Schirach points out.

The Kingdom’s overarching economic development plan seeks to transform the country into a regional business hub by leveraging its unique status as a multilingual, cosmopolitan nation situated at the tri-regional focal point of Sub-Saharan Africa, the Middle East, and Europe, he states, underlining that the Government of Morocco implements strategies aimed at boosting employment, attracting foreign investment, and raising performance and output in key revenue-earning sectors, such as the automotive and aerospace industries.

Insisting on efforts to create a friendly business environment, the author of the paper mentions eliminating barriers and bottlenecks, creating win-win partnerships with businesses in liberal democracies committed to international investment rules and the trading system, fighting corruption, ensuring the rule of law, and educating young people and giving them the freedom to engage in productive activities.

The Global Policy Institute’s paper, which ascribes Morocco’s success to its modern infrastructure, recalls that Morocco is home to the world 23rd best ranked port, the Tanger-Med port, which is also the best in the Mediterranean. Besides, the country possesses the only high-speed rail service in Africa, connecting Tangier and Casablanca since 2018.

“There is no question that the availability of first world, first class high-speed rail services places Morocco in a higher category among emerging countries. Super-fast rail connections will enhance Morocco’s image as a growing, modern economy whose main actors are capable of partnering with high tech industries across the world.”

The author of the paper on the other hand focuses on Morocco’s Africa-oriented and South-South strategy, which singles it in the region and on the continent.

The Government of Morocco, as put by a US State Department Investment Climate Statement, prioritizes investment in Africa and the kingdom according to the African Development Bank (AfDB), ranks as he second biggest African investor in Sub-Saharan Africa, after South Africa, and the largest African investor in West Africa. In 2019, Morocco injected $640 million, or 47 percent of its total outward FDI in the African continent.

In addition, two of the country’s banks, namely Attijariwafa Bank and la Banque centrale populaire, feature among the continent’s 10 largest banks in 2021 with total assets of $40.026 billion and $27.662 billion respectively.
“All this clearly indicates that while Morocco makes efforts to attract more Foreign Direct Investment, the country is also pursuing a strategy of investments in sub-Saharan Africa. If this trend progresses, Morocco may well be poised to become an important bridge, a valuable connecting point, between companies in developed countries and Africa,” the author of the piece notes.

Reckoned as the continent’s largest fertilizer producer and exporter, the North African country also now sells agribusiness related consulting services to many international clients, including several African countries, he recalls, noting that this advantage, positions Morocco as a major partner for many African countries that still rely on old-fashioned agriculture technologies, so that they can transform and modernize their agriculture sectors, increase yields and overall improve productivity. “This will clearly benefit millions of people employed in agriculture and overall food security.”
Gender equality, education focus
Schirach also pin-points the Moroccan government’s consideration for gender equality and extensive investment in education.
152,000 graduates with industrial skills produced by the kingdom every year for the job market and for investors who look for talents to turn around their investments.
The investment in education also provides platforms for Moroccan women to take center stages and grab every piece of freedom granted by education.
Moroccan women can study, work, live on their own and run for political office. While there is still a major cultural divide between the more liberal urban societies and more conservative habits in the rural areas, overall Morocco has made major improvements over the last twenty years when it comes to promoting gender equality, Schirach notes.