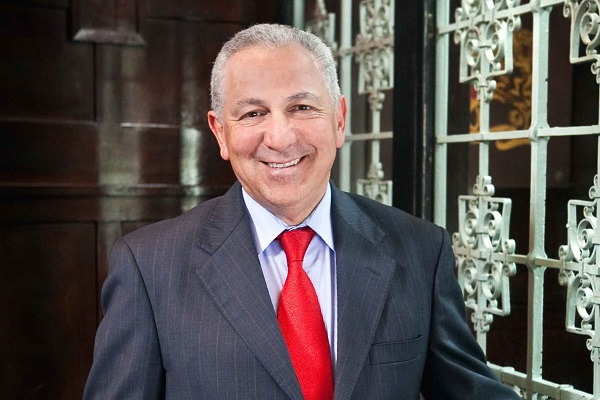 Moroccan Ambassador to China Aziz Mekouar has reiterated Morocco’s adherence to the One China principle, affirming that this stand forms the basis of relations between the two friendly countries.

The diplomat stressed that this adherence is based on the Kingdom’s principled positions, which are characterized by consistency, responsibility, credibility and reliability regarding the respect of national sovereignty, territorial integrity and non-interference in the internal affairs of other member countries of the United Nations.

“Morocco continues to support the People’s Republic of China on this issue and renews its positions expressed many times, at different levels, both bilaterally and within international organizations,” Aziz Mekouar added.

The Moroccan diplomat’s remarks came following recent developments between Taiwan and China after the visit to Taiwan of speaker of the U.S. House of Representative Nancy Pelosi.

China described the visit as controversial and as an act that “betrays U.S. commitments to China.”

At a press briefing held Thursday at the Chinese Embassy, in Rabat Chinese Ambassador to Morocco Li Changlin reiterated criticism of Pelosi’s visit to Taiwan, calling this trip a “serious” event that “violates the One-China principle,” and that “betrays U.S. commitments to China.”

The Chinese diplomat cited the measures taken by Beijing in reaction to this visit, including “sanctions against Ms. Pelosi and her relatives”, “the holding of transparent military exercises” near Taiwan and “the cancellation of bilateral cooperation projects.”

“We have no choice but to defend our sovereignty, our integrity, and we say that the principle of non-interference in the affairs of sovereign states cannot be ignored or abandoned, otherwise the world will be returned to the law of the jungle,” he said.

“The One-China principle is the consensus of the international community and is also a fundamental norm, governing relations between China and foreign countries,” he explained.

The Chinese ambassador took the opportunity to welcome the “excellent” relations between Rabat and Beijing, thanking Morocco for its “constant support to all issues of vital interest to China,” recalling, in this context, Morocco 1971 vote in favor of China’s return to the United Nations.

Nancy Pelosi is the first senior U.S. official to visit Taiwan since the visit made to the island in 1997 by the then Speaker of the House of Representatives, Newt Gingrich.

After Pelosi’s visit to Taiwan, the first by a senior U.S. official since the visit made to the island in 1997 by the then Speaker of the House of Representatives, Newt Gingrich, U.S. Secretary of State Antony Blinken reiterated at a press conference that “nothing has changed with respect to the U.S. One-China policy. […] We do not support Taiwanese independence.”

The One China principle is the position held by China that there is only one sovereign state under the name China, and that Taiwan is a part of China as stated in the 1992 consensus between China and Taiwan.

In his statement, the Moroccan ambassador also touched on bilateral relations, insisting that Morocco attaches great importance to these relations, and that the two countries are committed to strengthening their multidimensional cooperation, through the establishment of an institutionalized strategic partnership to intensify trade, promote investment and create new opportunities for bilateral cooperation in all areas.

Morocco has maintained a position of neutrality in conflicts opposing big powers while staying attached to the UN charter and international law as well as the peaceful resolution of inter-state disputes.